The 15 most unknown abandoned places in Belgium

Here are our selection of the 15 most significant locations in Belgium over the last 10 years. Even if some no longer exist, the photographs remain to inspire us.

In Brussels and throughout Belgium, a surprising number of abandoned locations exist. Castles, hospitals, cemeteries... as well as mines, factories and even swimming pools. Here, with supporting illustrations, is our listing of the most unusual abandoned places in Belgium. The Brussels photographer Norman Szkop introduces us to them.

The Laeken Crypt Is a network of underground galleries built under the Laeken cemetery in Brussels. When in 1831 this cemetery became home to the first tombs of the Belgian royal family, the cemetery became a sought-after location for burials. In the 1870s, after extensions of the surface area, an underground extension was dug following the course of the pathways through the cemetery.

This building has been abandoned since the relocation of the majority of the former Veterinary School's of Anderlecht's activities to Liège For a time it was considered as the "Museum of Horrors" because there were still parts of animals kept in jars of formaldehyde to be found there.

Located in Uccle, this building, the Two Alices Hospital, has been abandoned since the early 1990s when the institution was regrouped with the Clinique de l'Europe.

Closed since 2007, the Charleroi Cooling Tower still has a considerable visual energy.

Located on the outskirts of Namur, this chateau dating from 1866 has been abandoned since the 1990s. It had been a holiday centre for the children of SNCB employees since the 1950s, nice eh?

Welcome to the Salve Mater psychiatric hospital, located between Louvain and Tirlemont. The building is partially abandoned. The doctors who practised there were among the first to use neuroleptics in 1952 and to stop the use of electrical shock as a treatment in 1958

An abandoned swimming pool between Brussels and Antwerp

There is very little information on this place, some say it is a former children's centre.

Located in the province of Limburg, the Waterschei Mine closed its doors in 1987. There had been a mine shaft explosion in 1929 which killed 24 miners and injured 851 others.

Situated close to the present brewery in Louvain this former brewery has kept its original copper brewing vessels.

This locomotive cemetery is a former SNCB depot in the region of Charleroi which houses a large number of locomotives downgraded because they no longer meet European standards.

These cars in the Chatillon Car Cemetery date from the '50s, '60s and '70s. Their owner was a scrap dealer who dismantled them and placed their remains in a field. Mother Nature did the rest. There are three such cemeteries in Chatilon, a commune of the province of Luxembourg, with more than 1000 vehicles, owned by the same businessman.

Located in the Liège region, this coal mine has been closed for almost 40 years.

Built in 1937 by Maxime Brunfaut, it mainly housed patients suffering from tuberculosis. The sanatorium has even more large windows facing the sun than the Helio-Marin. The sanatorium bears the name Joseph Lemaire, having been named after the director of Social Welfare. Everything was done to avoid contamination of the visitors (this was the reason for the construction of the sanatoriums): visitors communicated with the patients via the large windows. It closed in 1987.

This chateau was built in the 16th century and belonged to different wealthy families. It became an elite school for girls where classes were taught in French from 1914 onwards. Due to the law requiring courses to be given in Dutch in the Flemish provinces, the school closed in 1970.

Tea :: its rituals and its virtues 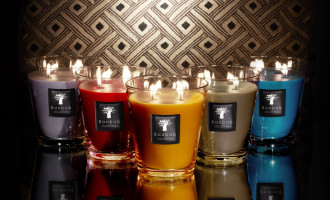