The perfect institution to understand the history of Belgium

Telephone Web Site Send a message Reviews
Democracy, prosperity, solidarity, pluralism, migration, language and Europe: these are the themes used by the BELvue museum to talk about Belgium.

Chips, beer and chocolates... surely there is more to Belgium than that? Considered as the museum of Belgium and its history, but also as a « centre for democracy », the BELvue museum invites you to discover Belgium through several themes. Each theme is firstly presented from the perspective of the present day, then subsequently developed andexplained through the history of Belgium Have a look at the gallery too: there are more than 200 objects to view, each one forming a tangible memory of Belgium. Here are just a few examples: a lithograph by Magritte, crystal vases by Val Saint-Lambert, a motorbike and a football signed by the Red Devils. The very essence of Belgian-ness!

Play tours are available for children aged 3 years and over. The BELvue museum is also home to temporary exhibitions and organises numerous activities.

As the whole Royal Palace, the museum was built in a neoclassical style and was made with sobriety and harmonious proportions. A visit of the interior will give you the opportunity to admire more details on the decor.

Built in the year 1776, the museum was first a hotel. Among its clients, there were mostly English tourists and quite prestigious guests. In general, relationships between The Bellevue and its neighbour, the Royal Palace – remain good, the hotel often even hosts distinguished guests likely to have a royal interview, some friction may have appeared, especially due to the construction of terraces next to the institution, with a splendid view on the king’s gardens, which didn’t satisfy Leopold II.

The BELvue museum rents its rooms!

The BELvue museum praises its spaces for corporate events and organizes several events, including temporary exhibitions. You can also rent rooms in the Palais de Coudenberg. 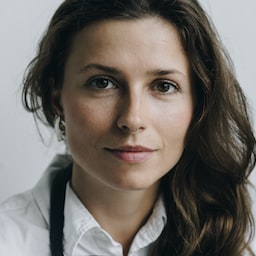