She's been making people laugh since she was a child. And while Sandra Zidani is an artist with a galaxy of different talents, it was the lure of the greasepaint and the one-woman-show that won the day after she had studied the history of art at the ULB.

In 1993, Zidani mounted her first solo show, "La Petite Comique De La Famille", in which she demonstrated her talent for humour. After that, she strung a series of shows together, with "Mon Légionnaire" (1998, directed by Martine Willequet), "Et Ta Soeur?!" (1999, directed by Patrick Chaboud), "Va T'en Savoir " (2002, directed by Patrick Chaboud and Margaret Jennes) and "Journal Intime D'un Sex Sans Bol", her latest creation (2004, directed by Victor Scheffer). With her strong personality and her fearless protesting, Zidani is a bit reminiscent of Zouk, one of her mentors and her precursor in the world of female laughter. Alongside these theatrical performances, Zidani is devoted to painting and has created some fascinating portraits that have already been exhibited on several occasions. Equally enthused by song, Zidani has taken part in several musicals, including "Oliver Twist" and "Les Belges Dans L'Espace" Coming from Kabyl to live in Brussels, Sandra Zidani is extremely fond of her birthplace. It was furthermore in the heart of the Sainte-Catherine district that she unpacked her bags, with her cats for company.

Your tof place for spending a good Sunday? Bookshop Filigranes

If you had to make a visit to Brussels with a foreign friend, where would you take him or her first? Grand-Place, of course

What's your tof thing about Brussels? What is that means that you would never move from Brussels? Brussels is a city with an environment particularly good, each one can live there at its rhythm without feeling grabbed by the flow of the city. The truculent side of the accent of Brussels gives to this city a nonpretentious aspect.

What's really not your tof thing about Brussels? What you would make you flee from Brussels?Brussels is full of rubish and work, the police give to much fines.

Tell us if this idea is Tof or not Tof. If you wish, justify your opinion.

Small tour of the Brussels Museums 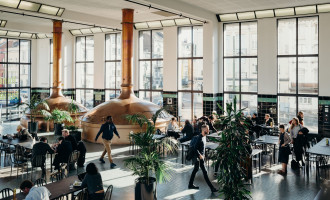