Written by Olivia Davis - 18 Mar 2014, 00:00 (Updated: 12 Jan 2022, 04:30)
Can you think of a sport without officials? Here’s a hint: it involves a flying disk. Formally known as ultimate frisbee, most commonly shortened to just “ultimate”. We are talking about a fun, easy-to-pick-up team sport where the Spirit of the Game reigns supreme.

Because without refs, the whole game relies on the players’ adherence to the rules. The ultimate honor system for a sport that now counts a world championship tournament and 100,000 players across the globe. And some of them are in Brussels, Belgium.

So to play ultimate you need: two teams (at least 5, preferably 7), an open space (a park, a parking lot, a soccer field, etc.), and, of course, a Frisbee. After that, the rules are quite simple. Get the Frisbee across the other team’s endzone (designated spaces at either end of the field). This word endzone may bring to mind another American sport by the name of football. But don’t get any aggressive ideas… ultimate Frisbee is a non-contact sport. If you have the disk in hand, you cannot run. You must pass in whatever direction (preferably to your own team). Don’t hang on too long though; you only have 10 seconds before the flying disk has to be conceded to the other team!

Of course with a new sport, you are going to make mistakes. So know that when you drop the Frisbee or if it touches the ground, it goes to the other team. Pass it across the endzone for a point! 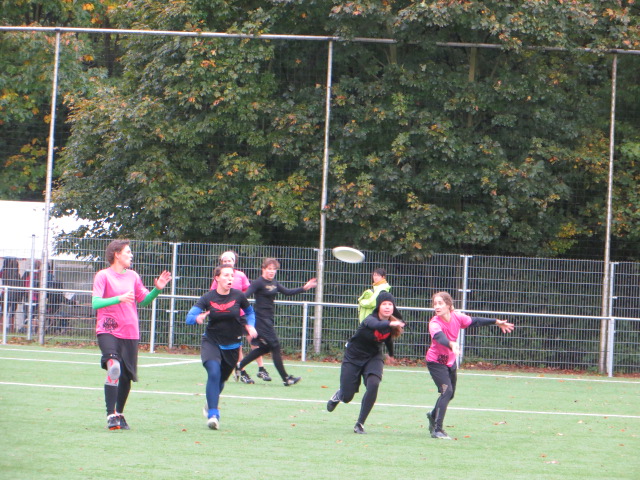 Where can I play in Brussels?

Beginners and experienced players are welcome to come out and toss the disk with either of the two ultimate clubs in Brussels: the Mooncatchers and XLR8RS. Since there is no tackling, anyone can feel comfortable playing. Men, women, and co-ed teams practice and have games in Brussels, like in Parc de Woluwe, the Centre Sportif d’Ixelles, and in Uccle. Take a look on their websites.

Frisbee is as much a social gathering as it is a sport. At least that’s how I felt towards it in high school when it was one of the most popular things to do with friends. People were always super organized with Frisbee, meeting at fields behind elementary schools at least once a week. One or two of our teachers would even show up to play. I played with friends from time to time. I never fully got down the throwing technique… but running and catching was always fun. Anyway, when I went on to university, it was the same story – a sport people couldn't get enough of! Did I mention there is also a beach version? 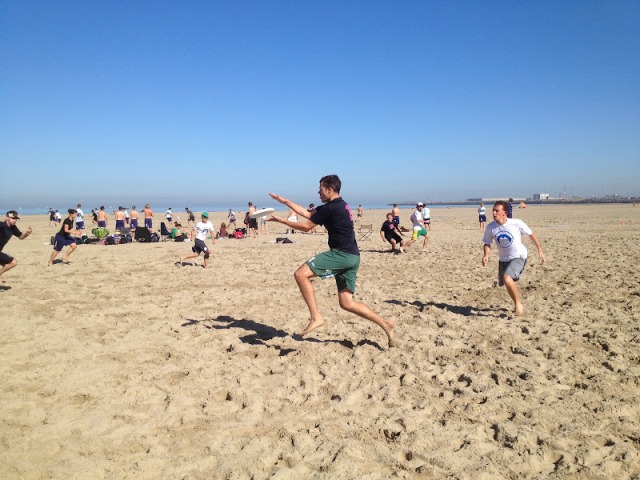