A fiddler on our roof: Renaud Crols & Friends

At the moment the concerts are sold-out. A waiting list with registration will be created on the spot for people who were no longer able to book a ticket in advance.Renaud Crols (born 1983) won first prize in violin at the Royal Conservatory in Liege. He originally played classical chamber music in particular, but his adventurous soul eventually drew him towards jazz, and specifically the gypsy jazz style. He is now a jack-of-all-trades: from Indian to African, from Bach to Balkan. He is often found performing alongside Tcha Limberger and Les Violons de Bruxelles, with Karim Baggili, as well as the world-renowned Romanian group Taraf de Haïdouks.Independent musicians like Renaud Crols and his friends are really struggling in these times of coronavirus.  But they’re not throwing in the towel just yet. Renaud was one of the first to publicly raise the alarm about the difficulties faced by those in the cultural sector. He launched a crowdfunding campaign on social media and tasked himself with raising awareness of the precarious situation of professional freelance musicians. At BOZAR Open Air, he and his own band will present music from all corners of the globe on the BOZAR terrace overlooking the city.Their infectious energy is sure to raise the roof!

A fiddler on our roof: Renaud Crols & Friends 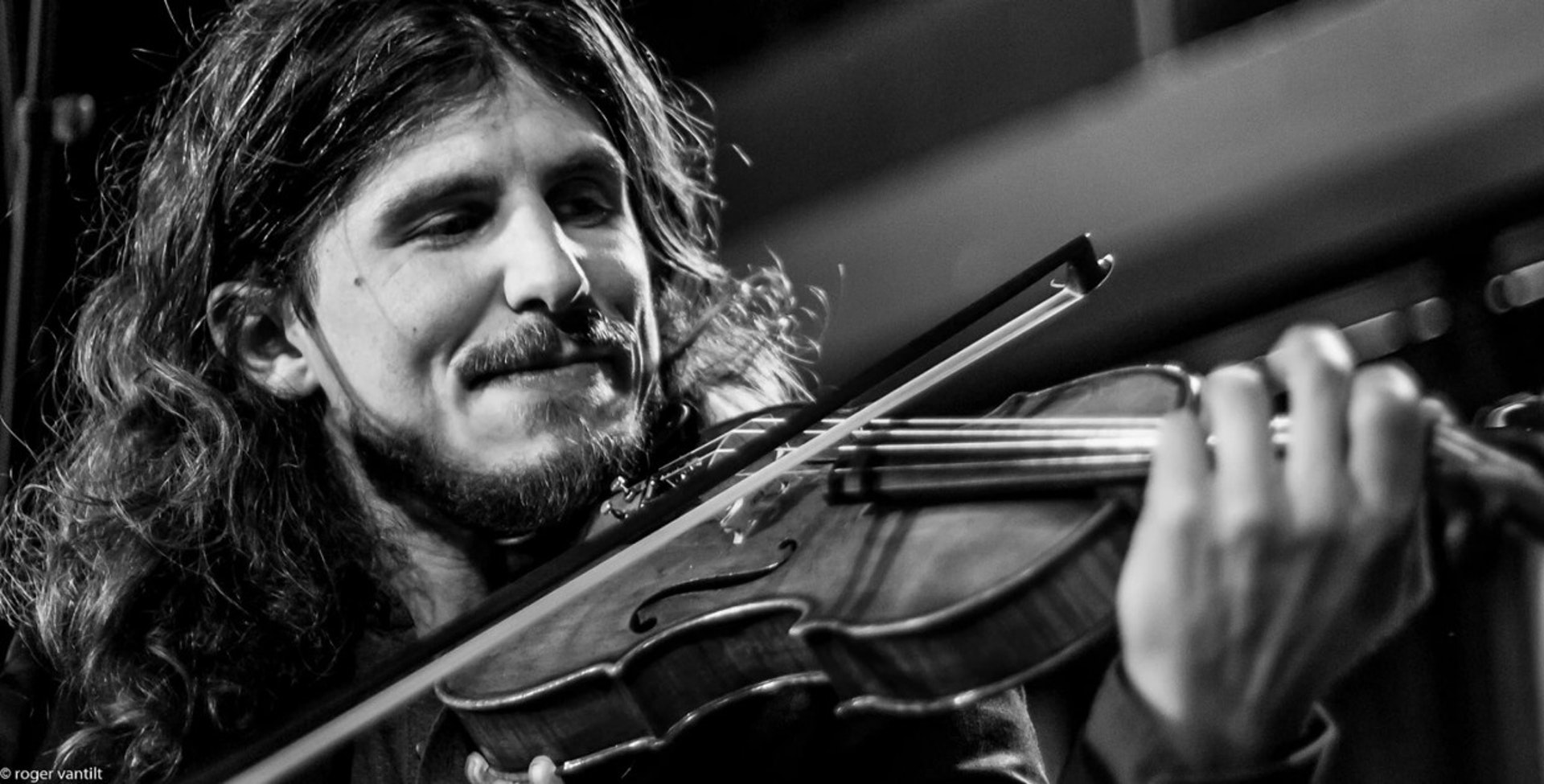