To draw attention to the continued persecution of journalists, whistleblowers, and publishers worldwide, a group of concerned citizens in Brussels presents a month-long event in the heart of the European capital.
Website

Hungry for Press Freedom consists of several parts : A month long hunger strike performance where actors -each on 24 hour shifts, are confined to a small prison cell, under the surveillance of another actor, the prison guard. The cell is visible for passerby’s to see. A meeting point where people interested in human rights, are invited to network, exchange ideas, and get creative. Various talks, debates, performances, workshops, and film screenings to engage with the public and create dialogue. A lounge space with library where people can inform themselves. An ever evolving dedicated exhibition to which people are invited to contribute. Organized by a Citizens' Initiative

Liberating women and changing the world: feminism in Belgium in the 1970s

At Skievelat, we eat 100% Belgian rather than swallowing

The temple of the Iranian cuisine in the capital of Europe

Spend a true exceptional time in this charming and elegant setting 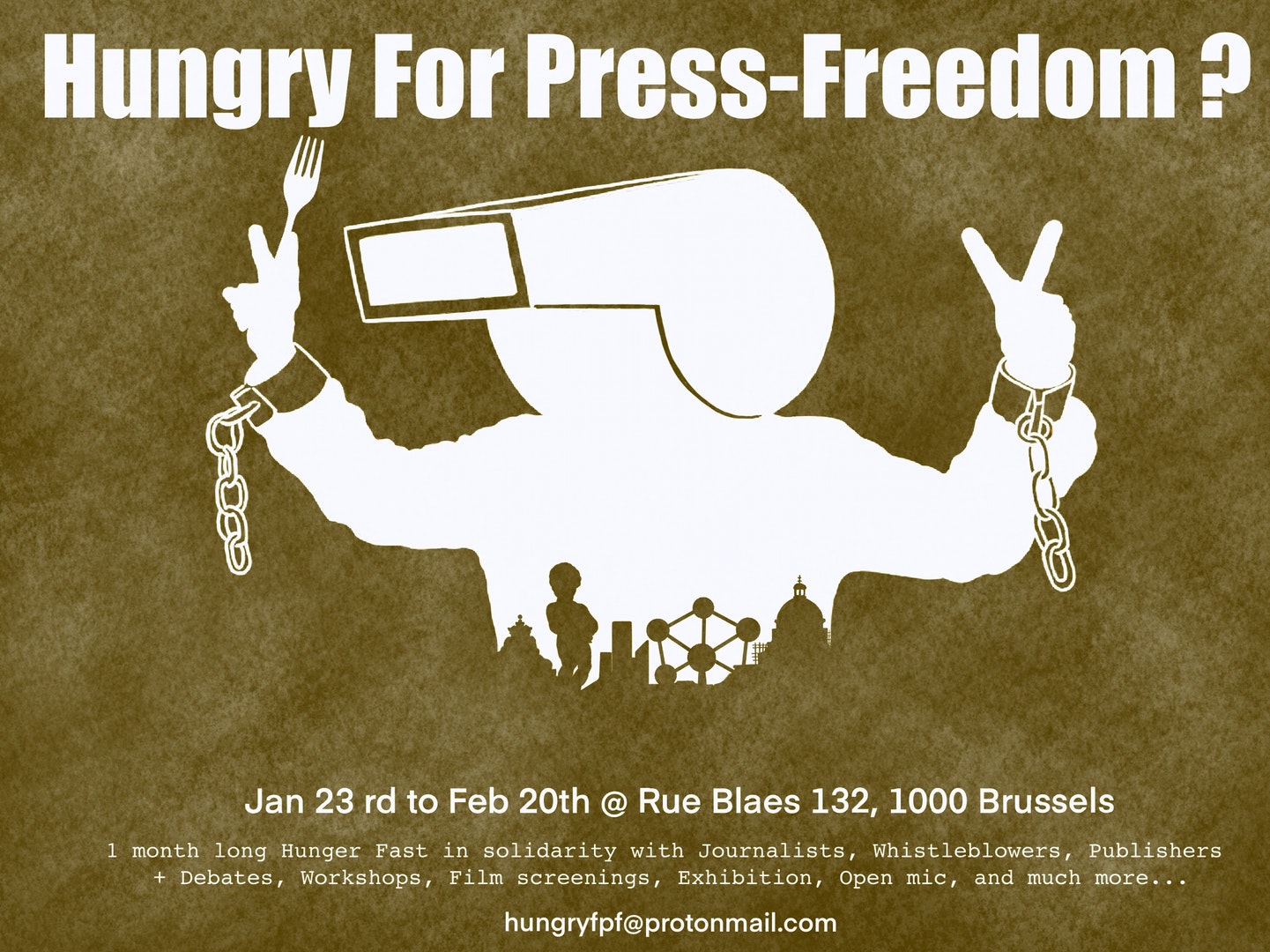