From the vine to wine in Brussels

Written by Frédéric Solvel - 14 Sep 2014, 00:00 (Updated: 12 Jan 2022, 04:32)
If the one-eyed are kings in the kingdom of the blind, wine deserves a place in the royal court in this flat land of beer. Without pitting Bacchus against Saint Arnould, it is time to reconsider and help beer drinkers see the other side.

Even if we are the bravest of all the people of Gaul, we were undoubtedly greatly influenced by the Romans. They introduced a great number of cultural aspects into our regions, including the culture of grape vines.

Eight centuries later, Charlemagne encouraged vineyard culture in our lands. The monks were the ones to cultivate the grapes and extract wine. It was much sourer and flavorful than the polluted water from the rivers. Wine was the object of a juicy commerce and the surplus was served to guests and used during celebrations.

Later, it becomes a symbol of high class to have a vineyard. You could give the fruit to guests and make luxury wedding gifts.

It is rumored that after a hunting session in the Sonian forest, Charles Quint didn't turn his nose up to a glass of Uccle wine. The Ukkelbeek and Geleytsbeek valleys and their perfectly exposed hillsides produced some good wine. 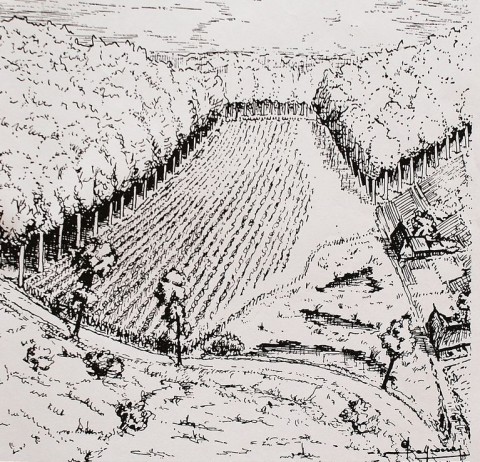 In Forest, the wiijngaardveld stretches out for 5 hectares, the location of present-day Parc Duden. The Chaussee de Bruxelles lines up with the former path at the foot of the vineyard.

When Louis XIV bombarded Brussels in 1695, he didn't have the chance to taste the local wines. The winters during the first half of the century were notably harsh and reduced the vines to nothing. A chance that was completely lost by his own accord with the 1659 Treaty of the Pyrenees that forbid grape vine culture in the Low Countries.

A stroll in the streets of Forest will quickly give away the commune's winegrowing past. The streets named "Bourgogne and Vignoble" as well as the dams called Vendanges (grape-harvest), de Pressoir (referring to a fruit press), and du Tastevin (wine tasting) are traces of the past.

Saint-Josse on the other hand proudly displays a cluster of local grapes on their coat of arms. The same ones that delighted the palace of Guillaume le Temeraire when he went there to set up his quarters.

In the second half of the twentieth century, vine stocks started to build up more thanks to the work of several talented people.

In 1974, Armand Ell plants a couple of vines in Schaerbeek. Nine years later in 1983 he proceded with his first grape harvest whose juice is bottled up under the name Clos Josaphat. Up until 2010, he made between 200 and 300 bottles of natural red wine. His secret? The humus from the Knights Templar. Impossible to investiage since the last bunch was harvest in October 2010 after the commune forced the vineyard to close. 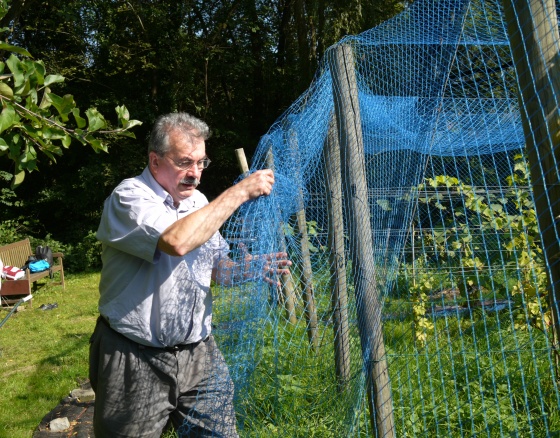 In Uccle, the wine making tradition was revived by Marc de Brouwer. This math professor/ wine producer is the head of the largest vineyard in the capital. The adventure, which started in 1986, almost had to stop in 2006 because of real estate problems. But his will power got him through, and he replanted 300 grape vines on the Kauwberg hillside. Today, the vines are strong, and the grape harvest should be a good one. The production, 400 half bottles, is quickly distributed between the wine producer and his friends.

In Auderghem, knowledgeable non-religious people are following in the footsteps of their monastic predecessors: the NGO Jardin des Moines has been bringing the Rouge-Cloitre back to life for several years. A little patience is still needed before the first bunches will appear along the walls of the gates of the old priory.

Our final words go back to Pliny the Elder who made many generations of Latinists suffer: “Wine alone is a remedy. It nourishes man’s blood and softens sadness and worry.” And this is the case in Brussels, just like elsewhere.