Written by Frédéric Solvel - 19 Jan 2015, 00:00 (Updated: 12 Jan 2022, 04:34)
He has four legs, a reddish brown coat, and he's from Brussels. The Bretons have their spaniels, the Bernese their mountain dog, and the Brusseleirs have the griffon! Queen Marie-Henriette of Belgium had a pet griffon dog, but this breed has really become popular in the United States.

This small, goofily shaped dog is not easily forgotten. They appeal to a, let's say, particular taste. But before you make a judgment, learn a little more about this pooch.

When describing the griffon’s appearance, many people find it very peculiar, which adds to their charm! They will catch your eye for their human-like expressions. Their head is big and round, with big circular and spread out dark eyes, and a smooshed nose. The Brussels griffon has course hair that forms a mustache, beard, and messy eyelashes. Their fur is generally in the range of a rusty red. Their ears are perched atop their head and pointed most of the time. The tail points up and is often cut short. In a nutshell, the Brussels griffon is little dog with an interesting physique. 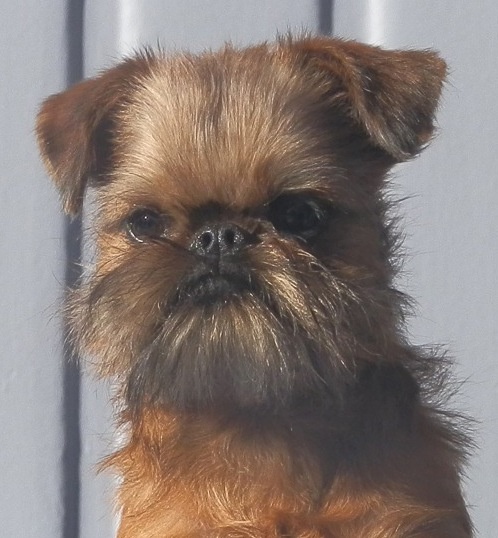 Originating from the surrounding Brussels area, the griffon used to guard carriages and chase off stable rats. However, like many breeds, it’s hard to track their relatives. Some Dutch think the griffon is the long lost “smoushond” while the English think that the first griffon was born in 1873 from a cross between a Yorkshire and other terrier breeds.

In 1883 the first griffons in Brussels were recorded in the Book of Saint-Hubert Origins. To remind you, the Book of Origins takes inventory of dog breeds and their descendance. To be designated as a pure breed dog, being listed in this manual is mandatory.

Around 1900, the Brussels griffon started to become very popular. Queen Marie-Henriette of Belgium is to be thanked for much of this. At this time, the breed started to spread abroad and become popular all over the world. 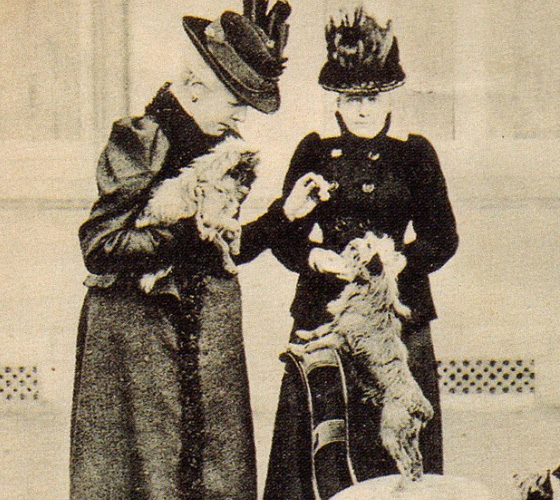 After two World Wars, the Brussels griffon got rarer. They lost popularity in Belgium. However in the US, the release of a movie several decades later gave the breed a revival. In 1997 the griffon named Verdell showed up on the movie poster for “As Good As It Gets” with the actor Jack Nicholson. The little dog became a star.

According to certain rumors, the Brussels griffon was George Lucas’ inspiration for creating the Ewoks in Star Wars. In the Star Wars movies, the Ewoks look like little bears with features similar to this little dog. Whatever be the case, many griffons regularly appear in different American television shows and movies.