How to piss off a Brussels person for sure

Written by BrusselsLife Team - 14 Jun 2021, 00:00 (Updated: 14 Jun 2021, 09:18)
Are you desperately looking for something to piss off a brusseleir for sure? Are you looking to test the limits of your Brussels friends? Here are a few leads and straws to just make them the last one...

Of course, perhaps this is better so you know what not to do NOT to piss one off! Your call, your responsability.

Definitely a French specialty, the [bruksel] irritates as much as it shocks. This mispronunciation is often all it needs to make anyone from Brussels go crazy. Beware if you top that with a phrase that you will pronounce with a so-called Belgian accent, which you will end with a "une fois".

People from Brussels don't tend to monopolize its food, but they will go a long way if you mistake some of their specialties with another country.

For instance, don't expect the elephant of Côte d’Or to succumb to the weight of the Cervin montain of Toblerone.

When you're queuing at Jourdan or Flagey, dare say which sauce you want on your french fries and you might end up witht he potatoes in the fryer. Or when you have a beer, don't forget to mention than nothing is better than a German ale.

3 - Give the French citizenship to the heroes of their youth

Allons enfants de la Patrie, le jour de gloire est arrivé! Brel, Tintin, Magritte, Stromae and many others are French, right? Riiiight! Try it and you probably will have to run away. 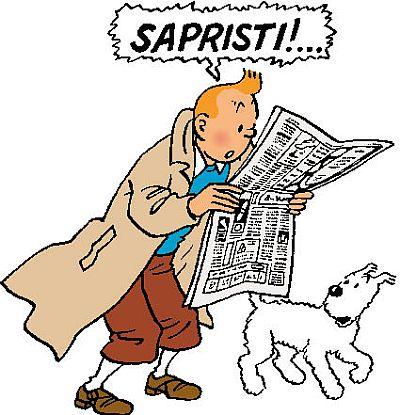 When the people from Brussels discovered that their city had been elected the most boring in Europe by TripAdvisor, they almost choked on their gueuze. If you really want to make them crazy, don't hesitate to mention that your experience at the Delirium was the only positive side of your stay in the capital. By actually saying over and over again that nothing is happening here, you might just see something happen when he/she explodes...

5 - Be sure he is a fan of Anderlecht

While you start a football conversation with anyone from Brussels, try starting from the preconceived idea that all of them are supporters of the purple and white team. With a little luck, you'll actually be talking to a supporter of a rouche (Standard of Liège). Just be prepared...

When you ask someone from Brussels in which neighborhood he/she lives, don't forget to bow your head depending on the answer. Then make sure you say some stereotype about his commune. You come from Saint-Gilles? You walk barefoot and eat bio food? In Uccle? Nice! You're rich right? In the Dansaert area? And that explains the moustache and the hip style...