Restaurants to be seen at this fall

Written by Frédéric Solvel - 18 Sep 2014, 00:00 (Updated: 12 Jan 2022, 04:32)
They say 80% of success is showing up. Or something like that. So as the lazy summer days are heading out the door and your social life is picking up, where are you going to show up? A whole new scene of places has sprung up over the summer, and now you have the chance to put a stamp on which restaurants are the places to be in Brussels! We’re here to highlight some new, interesting restaurants as well the tried and true places where it’s still cool to enjoy a meal.

Time to give credit where credit is due: newbies in the restaurant scene are up first before we highlight their older friends.

After a successful summer, Prélude and La Fabrique have earned a spot among the newer places where you have to be seen! Prelude has found just the right tempo, and their bentos can be enjoyed at the restaurant or to-go. Just know that at a little before 8 o'clock at night, Prelude is playing its last notes. 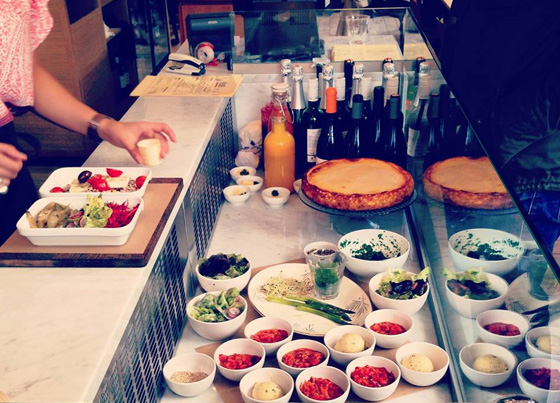 If Sunday is brunch day, then La Fabrique is the place to go. Their reputation quickly spread outside the Châtelain bubble, and its loyal customers and among the most city savvy out there. 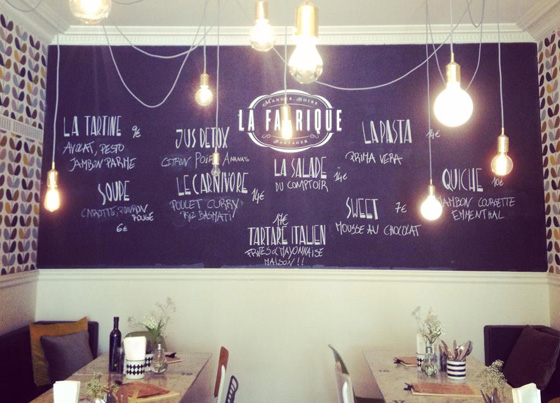 Here’s one you probably haven’t heard of: the Chicago Café. Both a bar and a restaurant, this chill and work place is really the perfect urban canteen.

The celebrated Comptoir des Galeries restaurant and tapas bar is a given. With the constant ebb and flow of the galleries, this is always the place to be seen!

The decorator Antoine Pinto teamed up with Jan Janssen, the owner of Belga Queen, to open Ponti Corner by the Bourse. After the summer trial period, this coffee shop found its rhythm. Open from dawn till dusk, their made in Belgium products are available all year, alternating between sweet and salty.

Degand is already a well-known company for clothing alterations. Now this family is in the food industry with Emily Ristorante, a haven for custom made Italian cuisine.

Right next to the Place Stephanie, the Ninety One – 91 has all types of worldly cuisine at their table. It’s a nice alternative, serving beer based cocktails to spark your curiosity. Among the hoptails are some awesome discoveries- who would have thought to mix tequila and Hoegaarden blanche.

Last stop is in Flagey at l’Autre Grain. They play the bistronomy card for all its worth, without forgetting a touch of international cuisine. First rate food and service.

They missed the back to school craze… Before opening up service, they’ll have to go by the principal’s office to get a pass.

Jack O’Shea is already selling their beautiful pieces of meat in Sainte Catherine, the Brussels kingdom of seafood products. They should be preparing and serving them soon.

Manhattn’s Burger should make its name known soon in the galaxy of Brussels burger specialists.

The tried and true

Whether they are a just year old or older, the following establishments confirm our liking for them.

The “bistronomic” cuisine of Beurre Noisette and the Canailles du Châtelain are on their way to becoming essentials in the Châtelain area. Reserve asap! Same thing at Pei Mei in the Sablon and Emile Bistro in north Ixelles. In the vicinity of the European neighborhood, don’t stop going to Henri et Agnes for lunch before sitting down at Osteria Bolognese for dinner. 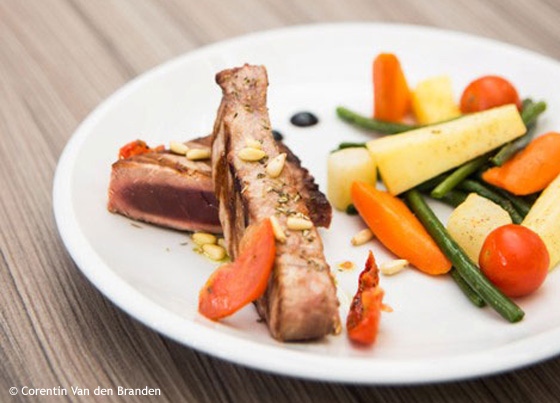 Another tried and true is the Garage à manger, now opening up at night on Thursday, Friday, and Saturday.

Lastly, it’s now or never to board the Tram Experience. The concept, launched for the Brusselicious event, is coming back for a third season.

Time for a bit of musical chairs. Here are some updates: Kamo left the small space at the Ixelles cemetery to take over where Chez Max used to be (Chez Max is now down by Flagey). In a couple of weeks, Giovanni Bruno will bring the whole squadron of Senza Nome to the Sablon.