Written by Frédéric Solvel - 13 Feb 2014, 00:00 (Updated: 19 Feb 2014, 18:47)
The world of sports lovers is currently watching the Winter Olympic Games at the Sochi seaside resort. Even if this 2014 winter has not been as rigorous as previous years, it is still possible to try out different Olympic disciplines in Brussels…

To give credit where credit is due, let’s start with the king of the winter Olympic sports: alpine ski. It’s a discipline that has already furnished one a new master of the descent: the young Austrian Matthias Mayer.

We can ski in Brussels. Ok, it’s a short synthetic slope ideal for getting back into the groove before a trip to the mountains. Head to Anderlecht, on the border of the ring at Yeti Ski. And if there’s enough snow falling, the Belgian Ardennes offer several longer slopes…

You will just need to cross the border to get a taste of powdery snow. Our Dutch neighbors have the largest covered sky station in the world. An hour and a half from Brussels you can plant your ski poles at Snowworld where it snows all year around! To maneuver around the twists and turns in the open air without going to the Alps, the huge Vosges (450 km from Brussels) welcomes you for a weekend on two planks.

If you have the urge to join a club, you have a choice between the Ski Club de Bruxelles, Ski Club ULB, Yetiski Racing Team or the Brussels Ski Team.

No half-pipe in Belgium, unless you’re talking about the Magritte one. No snowparks either. 1080, grab or other acrobatic sport amateurs have to head to Snowworld. You have to sacrifice some things to follow in the footsteps of Katrien Aerts and Seppe Smits. 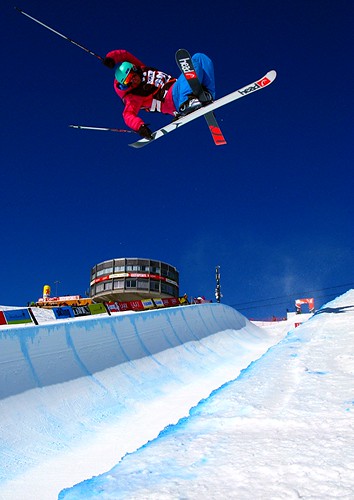 Like in Sochi, you have to get a little distance from Brussels to find a climate suitable for cross country skiing and other variations (Nordic combined, biathlons…). We have already been able to ski a couple of days in the Hautes Fagnes this year, and we aren’t excluding the Transfagnarde, a popular Belgian course. This annual ski resort is the location of the Skieurs Réunis des Hautes Fagnes, a club that organizes biathlons and ski trips.

Luge points, from the Olympic sense to the Brussels sense. There are a couple of hills that you can go down on your bum, when there’s enough of that white fluff of course… Wolvendael, Parc de Woluwe… More information on : http://www.brusselslife.be/en/article/sledging-in-brussels

Ice skating at Poseidon in Woluwé has been an institution in Brussels for generations. The rink is open from the end of September to mid-April. If you go to Poseidon at night on Tuesdays, Wednesdays, or Fridays, get ready for some music and bright, fun lighting. The future Hendrickx or Van Der Perren can work out their future Olympic choreographies there.

To find a club, you will unfortunately have to leave Brussels for Louvain or Liedekerke. In fact, it is at the Liedekerke rink that the Bloso (big Flemish sports agency) installed their Sochi house for the duration of the Games.

We are staying on ice, but adding more aggression this time. If the first Olympic ice hockey tournament took place in Antwerp in 1920, Belgium hasn’t strung together a team since… The Belgian championship is composed of 7 teams. The closest to Belgium? The Chiefs of Louvain.

The curling and speed skating only exist in Flanders far from Brussels. Go to the website for the respective federations (www.belgiumcurling.be & www.kbsf.be) for more information. You can also find nice family attraction between roller derby and short-track. But you will have to skip over ski jumping, skeleton and bobsledding… Citius, Altius, Bruxellensis.