For its 16th édition Bruxelles-les-bains is getting a makeover

The traditional "Rive Droite", on the side of Quai des Péniches, will be redesigned and will offer new spaces. The "Rive Gauche", created just opposite, will host other events.

To connect the two docks, a temporary installation will allow visitors to pass from one shore to the other and experience something they’ve never seen before! More than just a bridge, it will first be a monumental and symbolic work of art, which will link the two quays and modify the relation of the public space. This work of art will also link the parties organized in collaboration with the best groups in Brussels. They will leave the Boat and moor on the mainland to propose an entirely renovated style of nightlife.

Sunbathing on the warm sand, enjoying a huge variety of dances and sports, having a drink on a sun lounger, playing with the children, strolling between the chalets, watching an open-air movie on a giant screen or feast until the end of the night ...

For five weeks, the giant Brussels oasis, accessible free of charge, will invite party goers from all over the world to discover the host of new events this year.

The Bay, the Bridge, the Club : Archipel, la nightlife revisited

After four years of "Boat parties", Bruxelles les Bains is giving its nightlife a makeover. Every Friday, Saturday and Sunday evening, there will be a brand new clubbing concept which is called: "Archipel". The odyssey will begin at "The Bay", an outdoor stage on the Rive Droite and will continue in "The Club", a freshly renovated mythical nightclub on the Rive Gauche. The experience will be unique because the two places will be marked by the crossing of "The Bridge", a 60m long pedestrian bridge.

18 of the best groups in Belgium will take to the turntables on the beach of Brussels. Each organization will have its own style and its own trend. We’ll have a whole range of electronic music: Techno, House, Dub, Bass, Electronica...

Producers and rappers will also be present.

In total, 90 artists will perform on the archipelago of Bruxelles les Bains and these eclectic evenings will become the essential summer night out for all partygoers.

Tickets on sale on www.bruxelleslesbains.be, on the FB page of Archipel and at the entrance of The Club.

Driven by the desire to break down the barriers and offer quality selections to a wide audience in an exceptional setting, the CINEMA GALERIES will visit Bruxelles les Bains to run “L’Heure d’Été”, its annual indoor & outdoor festival. Each year, in partnership with the Échevinat de la Culture of the City of Brussels and the Brussels Capital Region, we’ve scheduled a selection of films to discover the unique atmosphere of an international city.

For the 2017 edition, we’ll be honoring Tokyo, one of the largest cities in the world with 13 million inhabitants. Despite its enormity, Tokyo has retained its human touch, having been brought back from the brink several times thanks to the energy of its inhabitants.

The aim of the festival is to take spectators to the city through a selection of films that have been filmed in Tokyo or are directly related to the culture of the country.

Seventeen exceptional screening will take place in the open air on the Rive Droite, the others will be shown in the CINEMA GALERIES.

Info: every Thursday, Friday and Saturday from 7 July to 12 August.

On Friday and Saturday evenings, Let It Beach Festival will enable you to discover 24 groups which embody the diversity of Belgian and Brussels musical creation.

In addition, on Sunday afternoons, six groups will play for young ears.

A major change is taking place this year as the event takes place in a real concert hall: The Club, on the Rive Gauche.

The Brussels City Cultural Department calls on renowned artists whose activity is rich and varied: tours, album releases, participation in other summer festivals etc. For the last several years, the scene of the Let It Beach Festival has been a famous showplace and has been visited by musicians already active on larger Belgian and international music scenes.

This year again, the Let It Beach Festival will be one of the best-quality musical events of the capital.

The Festival is also putting on six concerts for young people every Sunday afternoon.

For its 16th édition Bruxelles-les-bains is getting a makeover 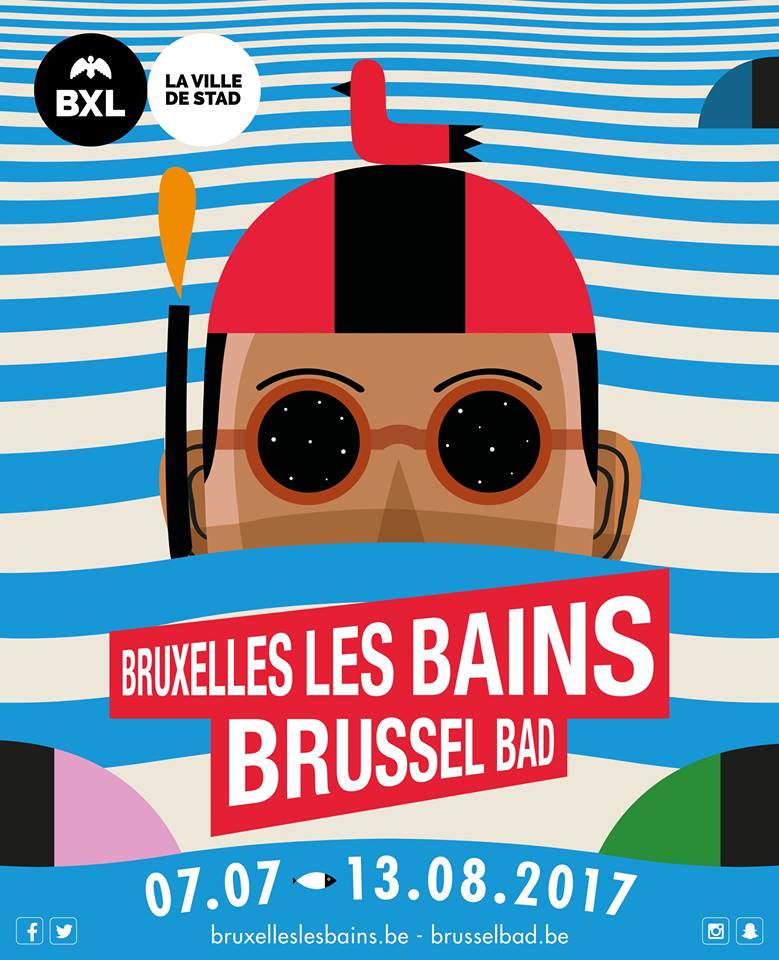