Being the capital of Europe also means welcoming a lot of new people, as all the institutions we welcomed have welcomed their own expatriates. But the question remains: Why Brussels?

1. Brussels is culturally rich : Brussels offers a surprisingly large range of cultural activities. During the summer, the city becomes a huge musical festival and the street festivities bloom; during the rest of the year, you can visit one of the many temporary expositions or one of the resident museums. Number of concerts, plays and events are also organised. It's easy to say that Brussels has it all.

2. Brussels is the capital of chocolate : Belgium is known worldwide for this delicious treat with such brands as Leonidas, Neuhaus or Pierre Marcolini. It's not all about the tastings, you can also find out about the production while visiting the Museum of Cocoa and Chocolate. Chocolate has been proven to be good for your health, its good for liver problems, it decreases your high-blood pressure and should prolong your life expectancy. So there is no longer any reason to resist... Eat! Eat! But with moderation...

3. Brussels has food from all over the world : As a political, economical and artistic turntable, it's normal that the gastronomy adapts itself. Some neighbourhoods are known gourmet watering holes. But if you're a student looking for a good inexpensive meal, head towards Cimetière d'Ixelles. The neighbourhoods of Saint-Boniface and Place Saint-Job welcome a more hip crowd with bigger means. The Place Sainte-Catherine is famous for its restaurants specialised in sea products (fish, shrimp, shells,...). If you prefer good old-fashioned food, head towards the quartier des Marolles, and if you're more for exotic foods, go to Saint-Gilles: it offers numerous foreign choices. For a classier (and more expensive) atmosphere, visit Sablon.

4. Brussels is a European centre : Brussels has over 120 international institutions, 159 embassies, 2500 diplomates and 1400 non governmental organisations. All these organisations and its employees come from different horizons. When you go for a walk in Brussels it's not uncommon to hear every language but French... but this is one of Brussels' most appreciated characteristics.

5. Brussels lives at night : During the day Brussels sees a continuous flow of people, but at nightfall, she greets a different crowd, one more relaxed and ready to party and have fun. There are more than a hundred places where you can go and dance. Besides the clubs, there are also dozens of parties organised every night (bars usually advertise such parties). Don't forget if you go out that you can use the night buses, Noctis will take you home safely.

6. Brussels has a first class education system : Brussels has schools for all your needs. Schools for all. European: yes! German: yes! British: yes! Japanese: yes! American: yes! And many more... In addition to the schools, Brussels offers multiple choices for higher education such as college or university studies. And finally, additional classes are provided: language courses, cooking lessons, evening lessons,...

7. Brussels is clean : We can't complain. Of course there are always those dirty neighbourhoods but we're no way as bad as Naples. The majority of Brussels is regurlarly cleaned and the garbage is collected weekly.

8. Brussels has a great health system : With more than 150 hospitals and private clinics, Brussels' health system is better than our neighbour's ones. It's not always quick and that's a good thing sometimes, the exams can be extensive (and often expensive) but everything is done so you leave the establishment in better health than hen you came in.

9. Brussels is green : Brussels is one of Europe's capitals with the most green areas per habitant. Its "village in a city" aspect is partly due to its parks, forests, cemeteries and other sports areas. These spaces are the lungs of the capital. For a family stroll or a bike ride, there's always La Promenade Verte, a magnificient path that extends over 60 km all around the region and crosses numerous parks and preserved natural spaces. It's important to remind you that when you walk your dog, he should always remain leached and you should always pick up his poop. If you don't respect these rules, you might get a fine.

10. Brussels' easy transport : Brussels by car is nearly impossible. At rush hour everything is blocked and cars drive around 10km an hour. So, leave your car at home and avoid traffic: take the public transports instead. Although they sometimes suffer delays, buses, trams and metros will offer you the freedom to get around and still be quicker than your car. The STIB network, the De Lijn (Flemish company) and the TEC (Walloon company) complete the grid and allow you to travel in Brussels and in the other regions. If you're still having problems,you could try the bicycle. Brussels Region has put in place various cycling itineraries to make cyclists' life easier. 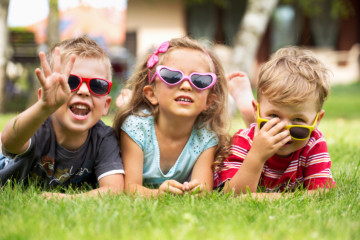 But what can one do with the children whilst one unwinds? The most enticing option - and one nobody will disagree with - is to find a playground close... 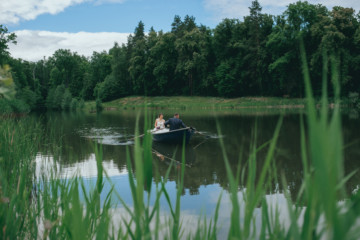 Gardens & Green Spaces
A boat ride on a lake in Brussels?

The sun is shining. Out come the boats! Small, big, blue, wooden, etc. Let's take a little ride on a lake in Brussels! 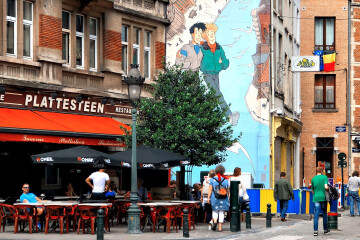 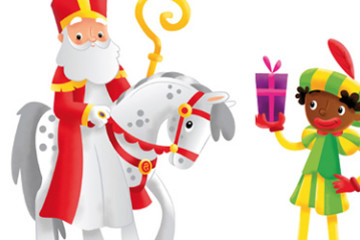 St Nicolas is waiting for your letters @ Brussels