Written by Frédéric Solvel - 18 Jun 2014, 00:00 (Updated: 12 Jan 2022, 04:31)
The filming of Kill Bear The Black Light, a homegrown Brussels project, is coming to an end. In just four months, the whole team that created this full length animated film will move on to the post production stage. After that, the teddy bear subjects of the film will be revealed in theaters.

As Kill Bear The Black Light is wrapping up, it’s time to reflect back. But five years of work are not easily summed up in the 90 minute finished product. It is a teenage obsession grown into a reality. The adventures of Supertois against the Alien is a gripping story that brings the audience through moments of action, comedy, and romance.

Movie set to hand over

The city of aliens, one of the sceneries in the movie, is up for grabs. Or rather, up for adoption. Aurélien, the spearhead of the project, wants to hand it over to someone who has the means to expose it to as many people as possible! Pull out your address books and scan through – maybe there’s an administration, association, museum, or multipurpose space that would be an appropriate platform for this set. The maleficent castle in the dubious rocky setting just can’t be left by the wayside… 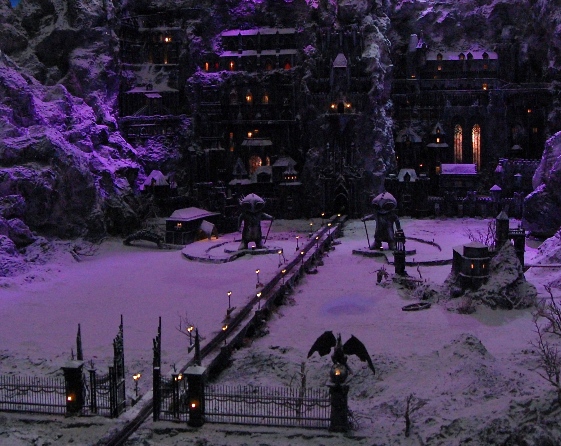 In practical terms, you would need a space measuring 6 meters long, 4 meters wide and 2.5 meters high, as well as “your word” to expose it to as many eyes as possible.

If you think you have the qualities to take over this set, contact Aurélien at [email protected].