Bruxelles 1893 : from Art-Nouveau to boardgames

Written by Frédéric Solvel - 11 Dec 2014, 00:00 (Updated: 12 Jan 2022, 04:34)
Play a young Brussels architect and influence the development of the city in the 19th Century to make sure you leave your trace in Brussels. That's the concept behind "Bruxelles 1893", a boardgame with Brussels architectural highlights.

Bruxelles 1893 is a boardgame (in French) from Etienne Espreman edited by Pearl Games, which also made Troyes & Tournay. As its name explains it, the story takes place in Brussels at the end of the 19th Century, a time when the codes of architecture changed and Brussels became a window for Art Nouveau. Through this game, become one of the most powerful architects in the world.

Originally edited for the Essen Fair in the autumn of 2013, where it received the Special Jury Prize (Prix Spécial du Jury de l’As d’Or), Bruxelles 1893 is one of the biggest successes of the year in Brussels. Sold out the moment it began being sold, this boardgame was unanimously acclaimed by both professionals and the public. 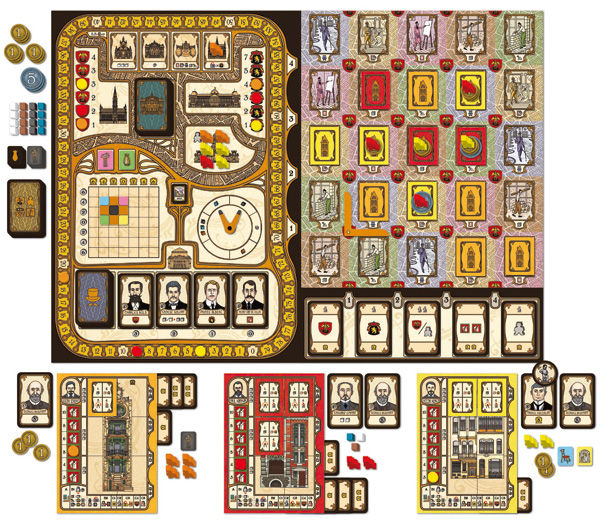 One of the game's main qualities is its truthful description of the atmosphere in Brussels at the time. From Victor Horta to the Grand Place, everything is there. Etienne Esprerman won his challenge: to make Art Nouveau playful.