Kiss a ginger day in Brussels

Halt all this nonsense! Today redheads from all over the world should be pampered and cherished. January 12 was designated as international “Kiss a ginger day.” So make sure that your fiery headed friends get all the love and respect they deserve. BrusselsLife.be decided to join the movement, celebrating the rare red-haired people of Brussels.

They represent 1-2% of the population and have been made fun of since the dawn of time. But today let’s give them a little break. After all, Brussels is redder haired than you think…

Axelle Red has been a popular name in the Belgian and international scene ever since she sang her Kennedy Boulevard hit. In 1993, the “sensuality” of this attractive red head was unanimous with her single that sold more than 600,000 copies. Her last song to date, Rouge ardent, is rather catchy as well. This Limbourgish singer has lived in Brussels for several years. Today she lives in the Uccle commune.

There’s always a slight surrealist notion every time she comes on the screen. Yolande Moreau’s talent is undeniable. Born in Brussels in 1953, this one-of-kind actress has made her mark in film. Even if she changed the color of her hair a lot, we remember her red coif in her breakthrough French film “Amélie.”

The last Brusseleir to make it to the highest step of the Formula 1 grand prix podium was Thierry Boutsen. Just as he was taking off his helmet, he revealed a nice head of red hair, in a perfect style of the time. 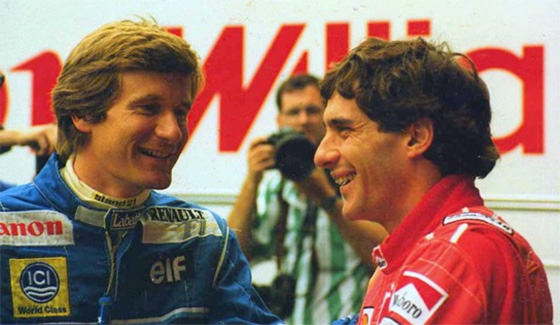 Strangely the symbolist painter Fernard Khnopff was always fascinated by redheads that he often depicted on his canvases. Among his models and sources of inspiration was his sister Marguerite who had a flaming red head of hair. He uses “sanguine,” a red chalk, to bring all the right variations of red in his drawings. One of Fernand Khnopff’s masterpieces is displayed in the Musée Fin de Siècle: “Des caresses, parfois appelé “l’Art”, ou le Sphinx” (1896).

Among all red things in Brussels, there is one that is a universal charmer. Gueuze, normally categorized as an amber beer, is a mix of differently aged lambics, refermented in the bottle for the enjoyment of all the biggest connoisseurs. In this same family of spontaneously fermented beers there is Faro that is also a red beverage that results from a mix of lambic and a hint of molasses or brown sugar. Cheers to red beer! 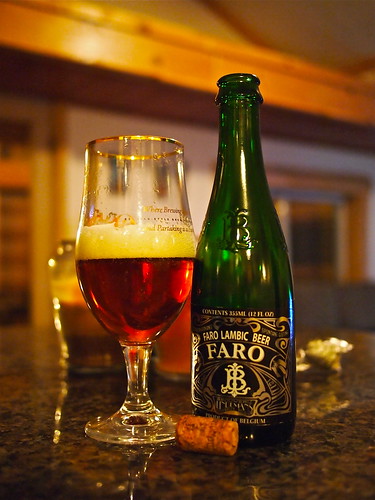 Don’t worry too much about the hair color of your favorite reporter; we have done the work. At the very beginning of Tintin, his hair tends towards a strawberry blond. Over the course of the albums, Herge’s character undergoes a capillary evolution that leaves him remarkably more redheaded. Yep, that orange gets fierier by the book – now that’s a color for heroes! 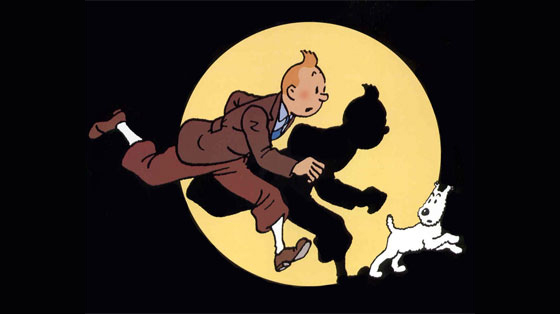 Two other Brussels heroes, the inseparable friends Boule and Bill, also deserve some attention. The creator of this little boy and his dog was Jean Roba from Jette- he was inspired by his dog and son. A statue was erected in honor of this illustrator at the Boule et Bill roundabout in Jette. In the Marolles, a fresco of the two was reproduced on a wall on Rue du Chevreuil. 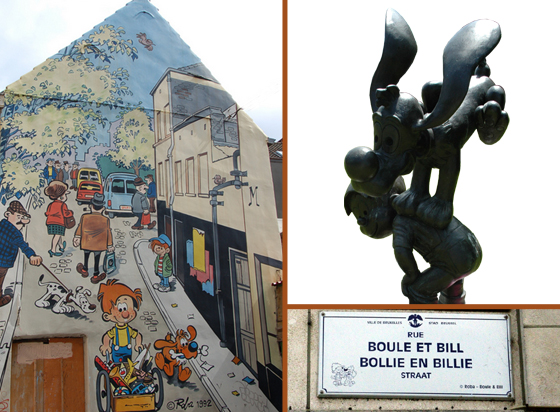 Brussels did not escape the phenomenon that has been occurring in the majority of big cities in European the past couple of years: foxes. They find enough food and shelter in the city to be able to live and reproduce there. It’s not unheard of to cross paths with one of these balls of fur in the Auderghem, Uccle, Watermael, or Woluwe communes. The sly animal was the subject of Bruxelles sauvage, reaping the benefits of certain locals…

Described as alert, attached to their owner, and vigilant, the Brussels griffon is a small dog with a very large head in proportion to body. This dog has shaggy hair that covers their face to form a beard, mustache, and eyelashes. And the color, you ask? A rusty red, of course! His temperament made him the start of the movie “As good as it gets” alongside Jack Nicholson.