Robb Robinson on his dad's footsteps

Written by Olivia Regout - 13 Jan 2015, 00:00 (Updated: 12 Jan 2022, 04:34)
In September, our team sent out a call for witness to find Georgette, a woman from Brussels who fell for British soldier Bill Robinson during the liberation of Brussels in 1944. a few months after having told us the story of his father, Robb Robinson came to Brussels.Although he still doesn't have the answer about his past, he came over to retrace his father's steps 70 years earlier.

For the anniversary of the liberation of Brussels by the Allies, our editorial team sent out an appeal for witnesses among our numerous readers: Who is Georgette?

The story of Georgette and Bill

She came from a Brussels family that worked in the show industry. He was a British soldier belonging to the Guards Division that freed Brussels on September 4th, 1944. Their paths randomly crossed during an euphoric night of victory. Their romance kept on going, seeing each other occasionaly, interrupted by the world conflict that hadn't yet given its last word. Some time later, Georgette gave birth to a son, Christian. However, the Anglo-Belgian couple didn't make it and Bill lost track of both of them... 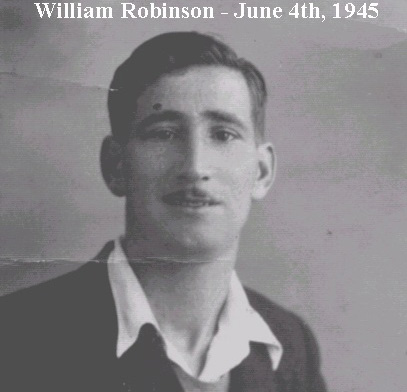 The Robinson siblings looking for their half-brother

Bill Robinson has now passed away, but his sons have given themselves a mission: to find their long lost half-brother, who most likely grew up in Brussels. However, with very little information, it is very difficult for them to identify Georgette or Christian. This is why Robb and Bruce Robinson contacted the editorial team at BrusselsLife.be. By sharing their father's story, the hoped their tale would sound familiar for one of our readers.

Unfortunately, as many as you are to have shown interest in Georgette and Bill's past, the mistery is still unsolved today. But the Robinson brothers don't intend to stop searching. Read again their appeal for witnesses.

He may not have found his half-brother yet, but it's in Brussels that Robb decided to spend his latest holidays. He wanted to discover this city that was such an important landmark in his father's history.

We met him at the Cinquantenaire. At the exact point where the Guards Division established their camp after having chased out the last resisting Nazis. "So this is where my father arrived on the day of the liberation of Brussels." He went on saying: "I regret not asking more questions about this to my father while he was alive. When he dies, I went to find my aunt to ask her these questions. She gave me a letter that she had received from Georgette, but it didn't give any detail that allowed us to go further in our quest."

This situation obviously frustrated Robb Robinson even more, given that he is a historian specialised in WWI. "I helped family members find themselves, but I can't do it for mine."

He is now back in the UK, but he has not lost hope. He still hopes to receive good news some day. On our side, we haven't given up either.

How about you? Find the full story of Bill Robinson and Georgette here and let us now if anything sounds familiar to you...