Sonnfjord: a breath of fresh air on the Brussels music scene

Brusselslife met Maria-Laetitia, the singer of the Brussels group Sonnfjord. Their titles may be in your ears all summer!

The name Sonnfjord may not tell you anything, but you have all heard on the radio, especially last winter, the title "Lights" which has propelled the band Sonnfjord to the forefront of the Belgian scene. This talented young Brussels group is launching their first EP this Friday and tonight Sonnfjord will be on the FiftyFifty stage at the Horta Gallery.

This week is an important week for these young people in Brussels, in a week they will live the launch of their new clip for the title "Fresh Heart", launch of the EP "City Light" and a concert as part of the meetings FiftyFifty with Clara Luciani at the Horta Gallery.

But who is behind this name Sonnfjord?

Sonnfjord is composed of Maria-Laetitia Mattern, her brother Aurélio and their friend François de Moffarts. Brusselslife met on Thursday with the singer, songwriter and composer of the group at the ING Art Center. Here is our beautiful musical discovery of the week:

When she returned from Erasmus, Maria-Laetitia did not want to do any more music alone, she was joined by her brother and a friend of hers who together already had a band. In 2015, they released a small EP entitled "UP the wooden hills" and thanks to that, they began to be known.

Sonnfjord was in residence at the Rideau Rouge in Ohain to stage and propose their compositions to the public, one by one, and through word of mouth, the group was able to develop in other rooms and be in residence at Botanique as part of Botanical Nights 2017.

From 2016, everything accelerates, the group participates in the Belgian festival Fly Away, the Brussels Summer Festival, Francofolies de Spa, La Nuit du Soir and for Viva For Life of the RTBF. All these concerts allow Sonnfjord to become known by a wider audience.

But it was summer 2017 that was an important turning point for this group, Sonnfjord signs with the label Sony Music Belgium and there everything starts to accelerate! Last September, the title "Lights" of Sonnfjord is played on all French radio stations. This title propels them in the press and fans of good music become a fan of this group 100% Brussels. After "Lights", it is the title "Shape and Dust" which meets a great success. All titles are written by Maria-Laetitia and are arranged by Aurélio and François!

Sonnfjord has launched its "City Lights tour" since February, they will be April 30 at Nuits Botanique! They will play in many festivals this summer in Belgium, Luxembourg and culminate on October 4 at the Orangerie du Botanique in Brussels.

First of all, it's 100% Brussels and Sonnfjord does everything from A to Z in his musical and artistic creation. To help them make their clips, their shootings, Sonnfjord only calls on Belgian talents such as: Pablo Crutzen Diaz, Robin Smit, Alexandre de Terwagne and Benoit Do Quand, who belongs to the group Ulysses.

But Sonnfjord is especially cool, the melodies are nice, they make you serene while giving you fishing!

Discover the new title and the clip of "Fresh Heart":

Check out the Sonnfjord website to discover their world and upcoming dates. We wish Sonnfjord a lot of success!

Typically Brussels
Medieval Brussels: going back to the source

Get ready because today we are travelling through time to discover Brussels in the olden days. What did this capital look like in the Middle Ages? Wha... 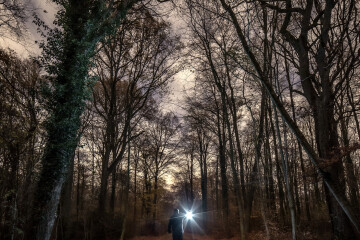