So you don’t get run over by the swarm of runners on Rue de la Loi, BrusselsLife.be has prepared several tips and tricks.

Train seriously. Twenty kilometers is not a marathon, but that is no reason to take it lightly. If there is still time, consult our training plans.

Do not try to make up lost kilometers during the last 10 days before the race. Rest and show up at the top of your game at the Cinquantenaire starting line.

Study the Brussels 20 Kilometer course. You could even go through it on your bike next weekend to know exactly what to expect.

Do not make the mistake of changing equipment at the last minute; this will only end badly. Those pretty running shoes that you keep looking at in the shop window could very well cause you some serious pain on race day…

Pick up your race number at the office of the 20 Kilometers and make it your own! Put your name on the front with a thick marker to get personalized encouragements and mark your times on the back to keep track of your speed.

The day of the course

Arrange a meeting spot after the race to find your friends/family easily. We suggest the terraces at Mérode, perhaps. It’s not too far and is conveniently located for rehydration.

Do not wear any clothing that you haven’t already tested out during training. What’s worse than something rubbing you the wrong way?! Forget black and white; choose a unique, recognizable and colored t-shirt. Your loved ones will be able to pick you out in the sea of 40,000 runners. 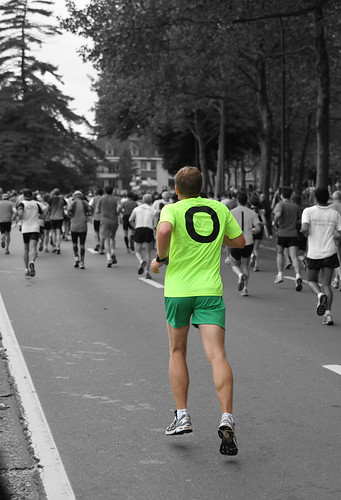 Attach your race number at home. This way you are sure to have enough safety pins. You will also avoid sticking your finger in a moment of stress, trying to get it on at the last second.

Hydrate enough, but not too much. You don’t want to run to the bathroom at the start line. Bring some toilet paper with you too, it could come in handy. Leave your car at home and take public transportation to get to the Cinquantenaire.

Don’t forget your STIB ticket, since it is not included in the race fees (and hasn’t been for several years). If you don’t live that far from the Cinquantenaire, consider taking your bike. There is enough room for locking up an army of bikes along the gates around the park. If you are coming from outside of Brussels, use the park-and-ride facilities.

Check your wave’s starting time and get to the Cinquantenaire well ahead of time. Bring a garbage sac to protect yourself from the rain, because in Brussels you never know…

Kilometer 0 – Cinquantenaire. Find your starting box, and chill there. Drink some water, sit down, but don’t forget to stand back up during the national anthem! Don’t move around too much, your legs will get their fair share of movement the rest of the day.

Ok, you’re off to the races! Enjoy every second and every meter that you move away from the start.

Kilometer 2 - Royal Palace. Get off of the cobblestones on the Place des Palais and take up the side walk. Don’t miss the curb…

Kilometer 3 – Place Poelaert. Go ahead and take the tunnel on the right to avoid the crowd that will opt for the one on the left.

Don’t look for the King in the pack. He’s skipping out on this year.

If you happen to see one of the 58 loyal participants who have done the Brussels 20 Km every single edition, say hello and congratulate them.

Kilometer 13 – Boulevard du Souverain. Between Watermael and the Mellaerts Ponds, don’t run on the tram tracks. Your 20 kilometers could end sooner than you think, with a broken ankle.

Kilometer 17 – Avenue de Tervuren. Last big portion of the day: the uphill Avenue de Tervuren. In contrast to popular belief, walking uphill never held anyone back from starting to run again once you’re at the top. Once you are near the Palais Stoclet, it’s time to pick it up again. 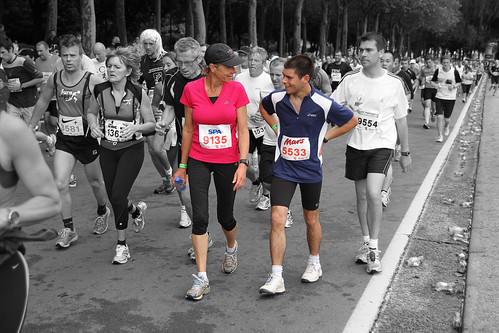 Kilometer 19 – Montgomery. The Arcs of the Cinquantenaire, in other words the finish line, are finally in view! Speed up for the last bit and try and catch up to the group in front of you before the finish line.

Kilometer 19.850 – Cinquantenaire. You’re almost there! And what do you see? It’s your daughter or son, or one of your nieces and nephews that has made his or her way to the front row. Run over to the side by the barrier and cross the finish line with your little buddy. A fun memory you’ll have forever.

Congratulations! For the 1st or the 35th time, you have made it to the end of the Brussels 20 Kilometers. Find your family, friends, and supporters… Share your experience and celebrate your accomplishment. Before, of course, jumping back in your shoes to train for a new challenge.