The carillon at Mont des Arts gets its Jacquemart back

Written by Olivia Regout - 26 Oct 2014, 00:00 (Updated: 12 Jan 2022, 04:33)
They had disappeared for repair. But now the jacquemart and his great bell are back at the top of the Palais de la Dynastie to set off the enormous carillon every quarter of an hour at Mont des Arts. It’s a good time to get a closer look of the structure, the character, the bells, and their meanings.

You’ve passed by it a thousand times, perhaps only barely noticing the tintinnabulation. This might be because the carillon at Mont des Arts has not been working because of some vandalism. The mechanism had been damaged and some pieces were stolen. After many months of work, everything is in order at the Palais de la Dynastie. The carillon is ringing again, and the jacquemart and the great bell reign supreme once again at Mont des Arts.

Let’s discover more about the carillon built in 1964 by the Belgian architect Jules Ghobert during the construction of Mont des Arts.

The Jacquemart and his tenor bell

If you have never heard of the Jacquemart or his bell, here’s an overview. The Jacquemart is a bronze clockwork figure that stands 2.8 meter high and represents a top hat sporting bourgeois from Bruxelles. The sculpture is by Henri Albada. This tenor bell weighs 1750 kg. Both are perched at the top of the Mont des Arts carillon. After several months of restoration, they have just returned to their pedestal. 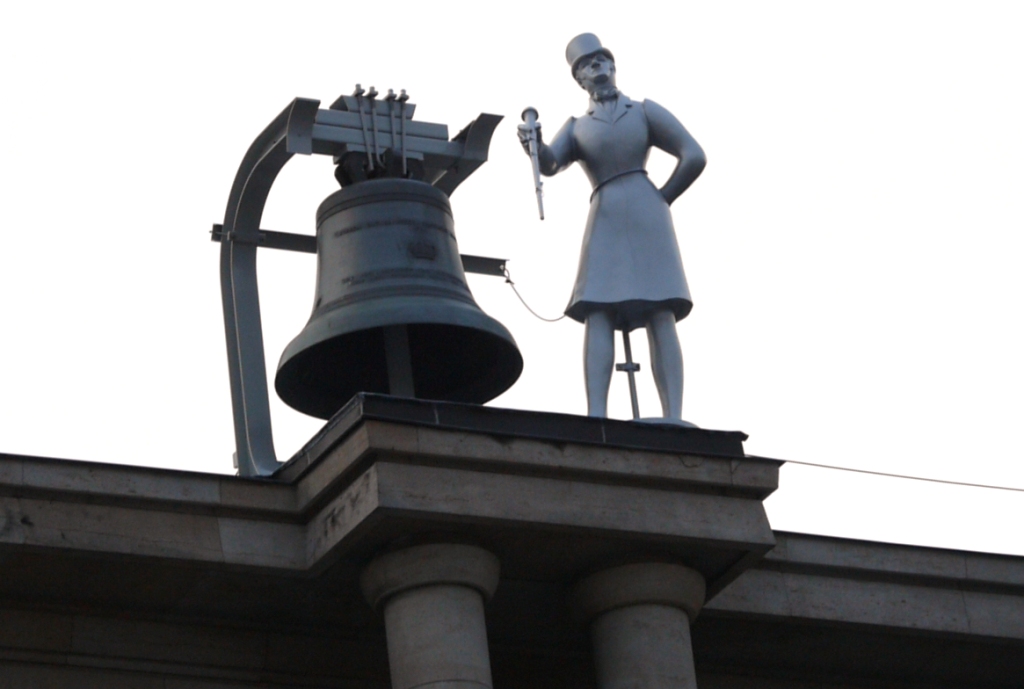 On the starshaped clock, every hour is represented by a painted figurine, and each figurine represents a historical figure in Brussels. In clockwise and chronological order, you will see: a Galois, Godefroid of Bouillon, Jan Van Artvevelde, Philip the Good, Charles Quint, Pierre Paul Rubens, the Count of Egmont, a soldier in 1790, Charlier a la Jambe de Bois, a tam-tam player, a soldier from WWI, and a worker.

Before, each character came out out of their niche one by one. At noon and midnight when the Jacquemart rings the bell 12 times, the figurines showed themselves one after another. Today, all of the figurines are secured in the wall for stability reasons. The melodies of the bells resonate alone.

The bells and the melody

The carillon melodies are played by 24 bells founded by Paccard in 1964. Beneath the clock, 11 of them are visible. Nine represent the Belgian provinces and can be identified by their coat of arms engraved in bronze. Two others symbolize the sciences and the arts.

The rest of the bells are placed behind the figurines. 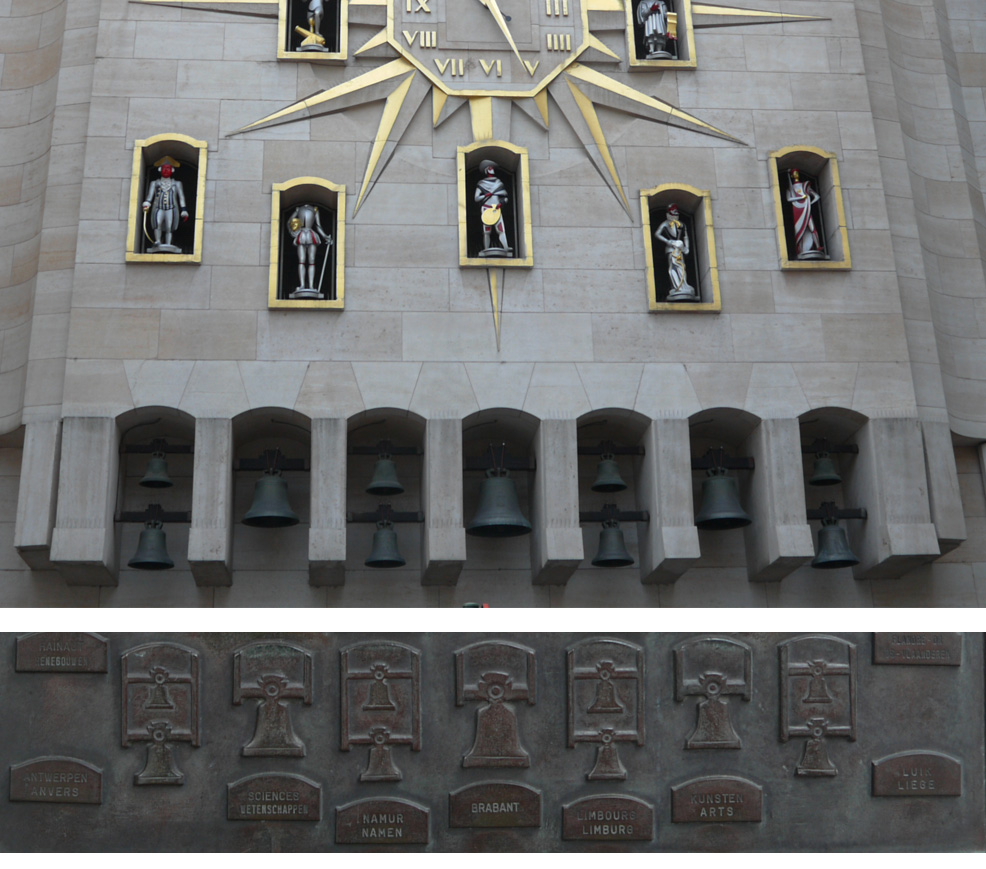 The carillon plays two folkloric tunes. One is by Gretry, “Ou peut-on etre mieux”. The second is a Flemish melody by Peter Benoit, “Beiaardlied”. The carillon alternates the song each hour.