Written by Frédéric Solvel - 06 Feb 2014, 00:00 (Updated: 12 Jan 2022, 04:29)
Hao Hao and Xing Hui, two giant pandas from China, were flown into Brussels to stay at Pairi Daiza for 15 years. So before they head off elsewhere in Belgium to the zoo, these two prized ursidae will be received in Brussels!

After a long flight and connection, the two pandas zoomed across the runway at the national airport mid morning this Sunday. They were aboard a DHL plane specially decorated for the occasion.

Their big trip started the day before with a good-bye ceremony at the China Conservation and Research Center for the Giant Panda before getting on the plane at the Chengdu airport. 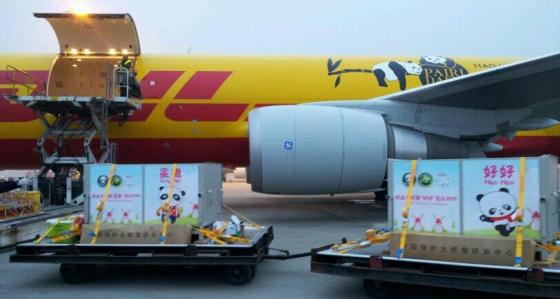 After a quick stop in Bahrain to recharge with some… fresh bamboo, the plane headed straight for Zaventem where the Belgian Prime Minister and the Chinese Ambassador, Liao Liqiang, were waiting for the duo for a brief welcoming ceremony.

After the airport firemen gave the plane a well earned baptism and customs formalities were taken care of on board, the hold finally opened up and revealed two cages transporting the two pandas. Once they were on the runway, the cages were dismounted by the Prime Minister and the Ambassador to the stars of the day be seen. 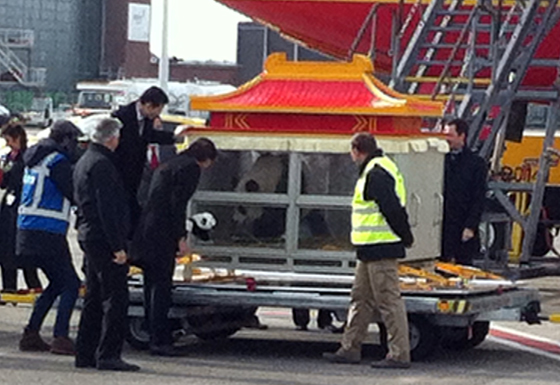 After loud applause from the many officials and about 50 children from a neighboring school, a couple of short speeches welcomed the arrival of Hao Hao and Xing Hui on Brussels territory. Right after all of these administrative steps, the pandas headed for Pairi Daiza in a truck with an escort. Once they got there, the most important thing was to get them properly settled in so that there quarantined period could begin... 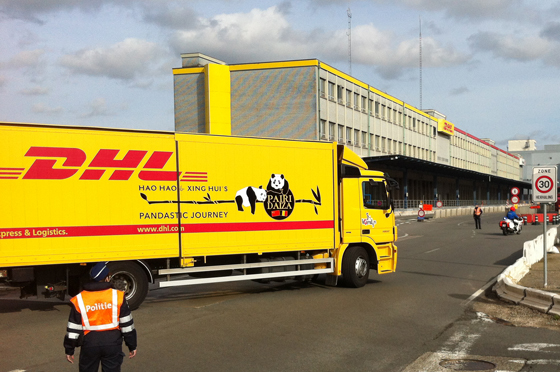 The general public will have to wait until Saturday, April 5th and the beginning of the official Pairi Daiza season to discover Hao Hao “nice” and Xing Hui “shining star”. Hao Hao, the female, was just named China’s Favorite Panda by an election that occurred at the Atlanta Zoo.

The pandas are staying in the Chinese garden especially designed for them in the park. A record number of visitors are expected at this park located in the Hainaut province. 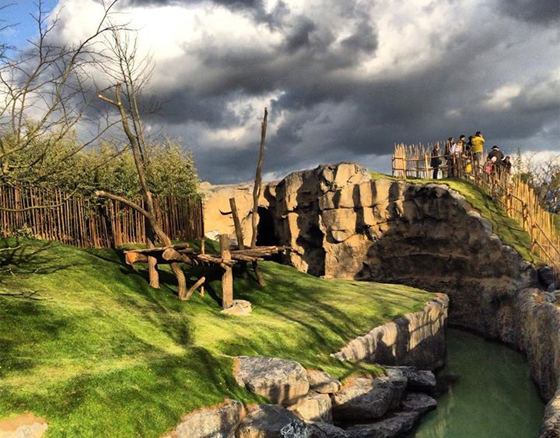 We will not be able to see the pandas again in Brussels until they will go back to the Middle Kingdom in about 15 years. From now until then, the team at Pairi Daiza will implement all the best strategies to make sure this couple can have a little panda baby…