Written by Olivia Regout - 22 Nov 2021, 00:00 (Updated: 12 Jan 2022, 04:34)
With interesting curvatures of glass and steel, Victor Horta’s masterpieces shaped the face of Brussels, influencing architects all over the world. As the figurehead for Art Nouveau, he introduced a new style of art.

Victor Horta was a rebellious child with 11 siblings. As punishment from his father, this troublemaker started working on a construction site. He was 16 years old when he discovered his passion that would inspire him his whole life: architecture.

The beginnings of his works

After a trip to Paris, Horta found out about new, up-and-coming construction material of the time: steel and glass. In 1880, he enrolled in the Brussels Royal Academy for Fine Arts where his professor Alphonse Balat noticed his talent and made him his assistant. Along with his mentor, none other than the architect for King Leopold II, he drew the plans for the Royal Greenhouses in Laeken. 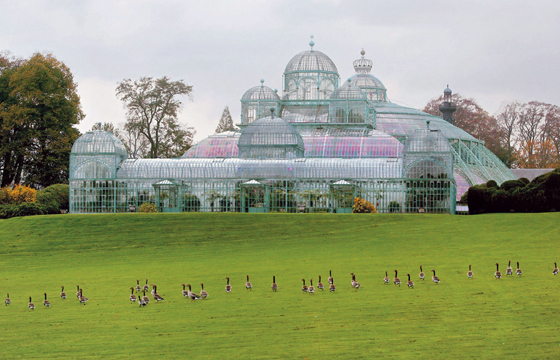 The start of his career

At the start of his career in 1885, Victor Horta completed a series of small construction projects including monuments and tombstones. He slowly developed his artistic style and fascination with curves, light, and steel.

His entry into the exclusive network of the freemasons launched his career. The bourgeoisie of Brussels surrounding him provided the means for him to showcase his skills. In 1892, he designed the Maison Autrique, followed by the great Hôtel Tassel in 1893, considered the very first Art Nouveau building in the world. 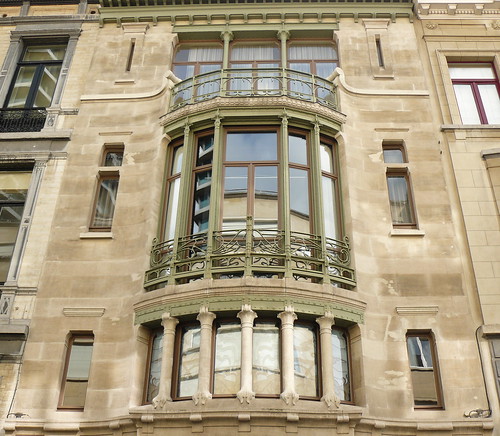 A long series of unique hotel constructions ensued. For the upper middle class in Brussels, working with Horta was a symbol of success and sophistication. The Hôtel Solvay (1898) and Hôtel Eetvelde (1897) are Victor Horta’s major works. Like the Hôtel Tassel, both are enlisted as UNESCO world heritage.

In 1896, the Maison du Peuple having just been finished, Horta decided to start planning his own house. After being named the first Art Nouveau style building in the Brussels Region in 1963, the maison was opened to the public in 1969 and then classed by UNESCO in 2000. 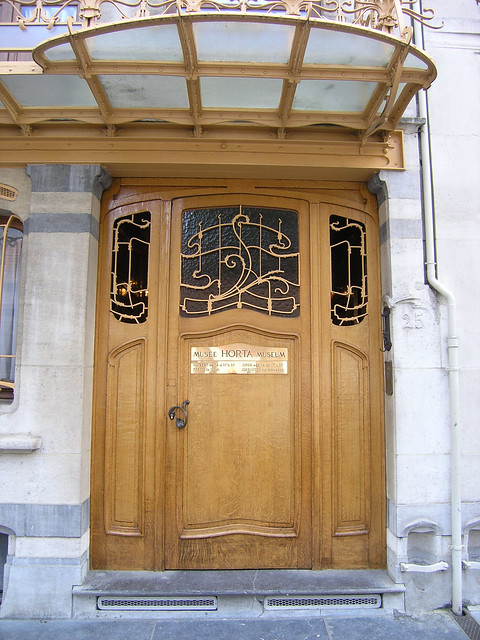 Alongside his interesting hotels, Horta took on some large commercial stores. Among others there are the old Wolfers brothers stores in the shadow of the Saints Michel and Gudule Cathedral, the Grand Bazar d’Anspach, the notorious “A l’Innovation,” and the old Waucquez stores that are now transformed into the Belgian Center for Comic Books. 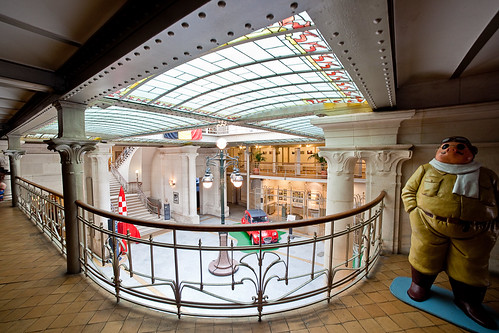 When the First World War broke out, Victor Horta left Belgium and moved to the United States for four years. Once he returned, the style of architecture had evolved, influenced by his time across the Atlantic. Art Nouveau gave way to Art Deco, the first traces of which can be found in the Palais des Beaux Arts finished in 1928.

In 1937, he drew the plans for the Central Train Station. Ten years later he laid his pen to rest. Maxime Brunfaut, one of his students, finished up the project.

The flower carpet, with its tsunami of begonias every other year on the Grand Place, was dedicated to Victor Horta in 2004. Close to 2,000 m² of begonias magnified Art Nouveau, with all its curls and patterns. 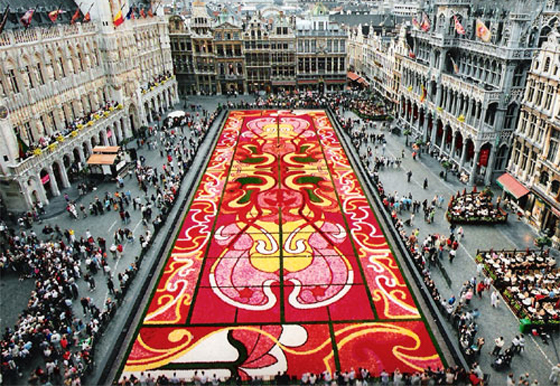 The last series of Belgian bills that were circulated from 1994 on (and then pushed to the side in 2002 by the implantation of the Euro) were dedicated to famous Belgians. Victor Horta had the honor of being on the 2,000 Belgian franc bill. The dark purple note shows the architect’s profile and typical elements of Art Nouveau.

Frequent metro riders in Brussels might be familiar with the Horta station where you can admire remnants from the Maison du Peuple and the Hotel Aubecq designed by the master. Commuters getting off at the Midi train station and taking the Rue de France exit end up on the Place Victor Horta. Those who get off at Central train station are exiting in a building designed by Horta himself.

In the heart of the Marolles, the Jardin d’enfants n°15 (a school) in the city of Brussels is the only work by Horta that is in the academic architecture domain. Future architects might be there doing their first sketches. It goes without saying that the architecture school at the Free University of Brussels holds Victor Horta on a high pedestal. Students take advantage of their free time to play some rounds of Bruxelles 1893, a card game devoted to architectural wonders in Brussels.

Horta may be dead, but Art Nouveau lives on!