What comes after the 20 Kilometers?

Written by Frédéric Solvel - 18 May 2014, 00:00 (Updated: 12 Jan 2022, 04:31)
On Sunday afternoon, still aching from your escapade through the streets of the capital, you said to yourself: I’ll never do that again. But today, you’ve almost forgotten the deathly uphill of the Avenue de Tervuren, your feet are feeling antsy, and your shoes are looking at you with yearning eyes… There is no more doubt - you have become a jogging addict.

For the next couple of paragraphs, BrusselsLife.be will become your personal endorphin dealer. Here are some suggestions to keep that running ecstasy going…

Slip on your shoes, and shut the door behind you. Take on kilometer after kilometer just for the enjoyment! From the Cinquantenaire to the canal to the Green Promenade, Brussels is not lacking in places to lengthen your stride. Run with friends to make it that much more fun.

If the 20 Kilometers had been twice as short, would you have run twice as fast? Intensify your training and add a bit of speed for the Sentiers du Laerbeek. It’s a 10 kilometer race in the enchanting setting of the paths of the same name.

The ladies in the capital can mark down the Bruxelloise in mid September. You can run 3, 6, or 9 kilometers in support of the Institute Bordet.

After the first edition was a major hit, the Color Run is coming back to Tour & Taxis. Five kilometers in a tsunami of colors and a fabulous ambiance. 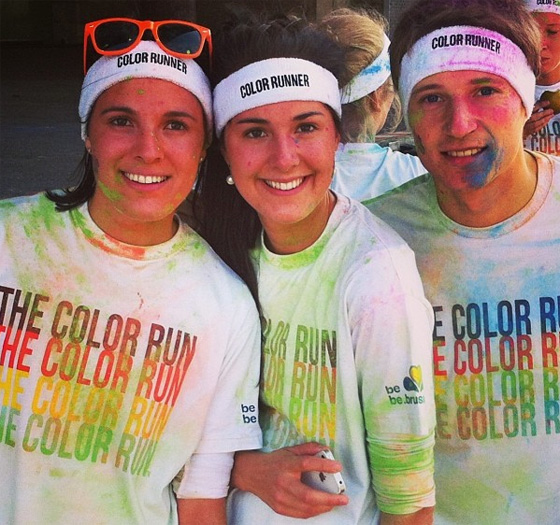 Many runners have turned to nature for their courses. In the beginning of September, the Ecotrail de Bruxelles will propose 3 distances between 9 and 80 kilometers and different race options. A must if you are searching for some fresh air near the city and a finish line beneath the spheres of the Atomium.

If for you revenge is a dish served cold, then here are two occasions to have a go. The first is this fall, a semi-marathon in Brussels (see the Brussels Marathon course) that has an almost identical course as the marathon, a passage through the Grand Place, and a finish line at De Brouckère. The second is in one year – the 36th edition of the Brussels 20 Kilometers…

Take on the marathon

The 20 Kilometers seemed too short for you? Take it up a notch! The challenge of a marathon awaits you. For several years, Brussels has found her place among fall marathons. Take some time to rest and then seriously prepare for your 42 kilometers. You will already be familiar with a major portion of the course, a small psychological advantage.

But don’t ever forget the most important thing: running should always remain a pleasure!