An anti-aircraft shelter beneath the cobblestone

Written by Olivia Regout - 03 Dec 2014, 00:00 (Updated: 12 Jan 2022, 04:34)
At a time when the inhabitants of the Marolles area are angry at the decision of the Brussels City Council to dig a new parking lot under the Place du Jeu de Balle, one man just unveiled a picture that might change everything. Sylvain Margaine is an urban explorer. During one of his underground expeditions in Brussels, he found quite an usual secret under Place du Jeu de Balle: an anti-aircraft shelter dating back from World War II.

Sylvain Margaine is used to exploring unusual and abandoned areas in big cities. Living in Brussels for the past 7 years, he has already had quite a few opportunities to photograph the City under various angles: from the top of the church towers to the deepest sewers... He told us during an interview that for him, "Brussels is a very nice playground".

From his expeditions, he brings back poetic photographs from places that very few have had the opportunity to see with their own eyes.

Under the cobblestone of the Place du Jeu de Balle

Recently, Sylvain Margaine has had the opportunity to explore what lays beneath the cobblestones of Place du Jeu de Balle and what he discovered was quite amazing: an anti-aircraft shelter from World War II.

How did he make it there, you ask? He refused to tell us, although he did admit "the access hadn't been easy". Who guided him down there? He will also keep that information for himself. Of course, "I want this place to be preserved from burglars and other curious people". 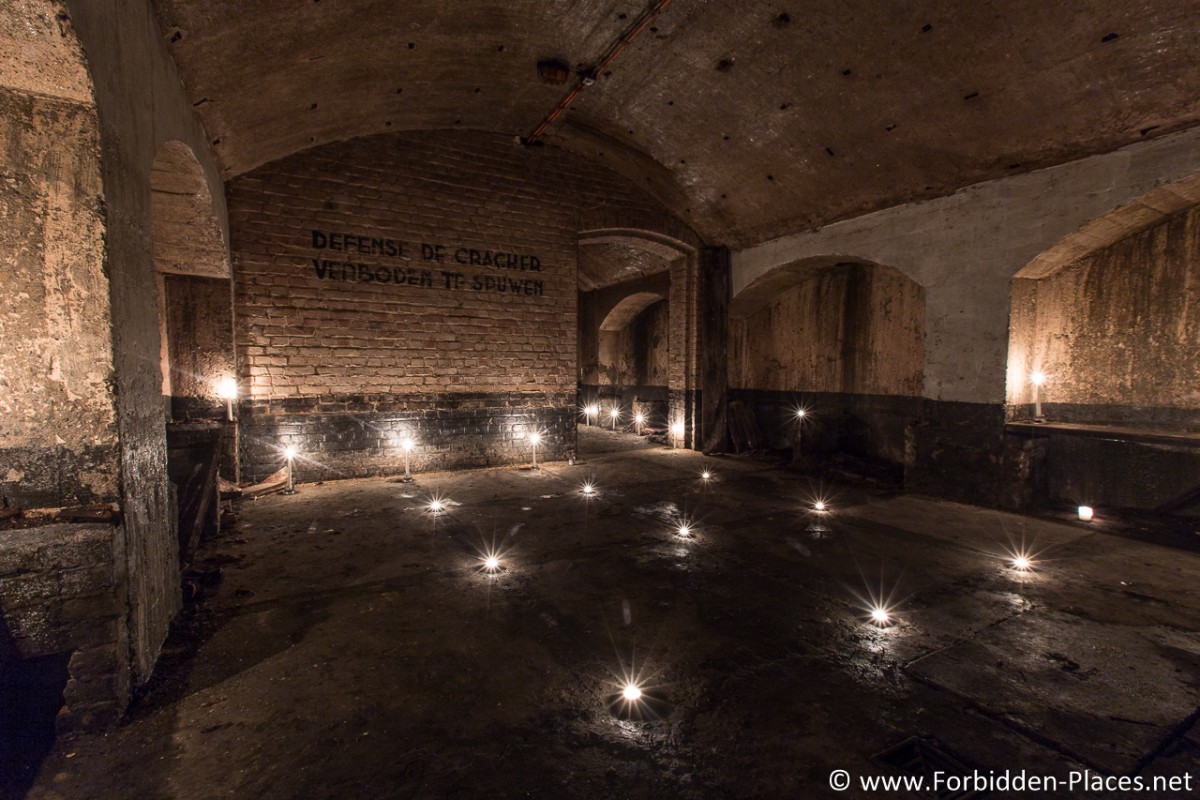 The explorer had actually decided at first to keep the pictures of his expedition for himself. "I didn't want to publish these pictures to avoid that the place be disturbed by others. Then, when I followed the news about this potential parking lot under Place du Jeu de Balle, I figured it would be the right time to publish them. I wanted to bring my contribution to the overall story. Especially since the place is really worth it". 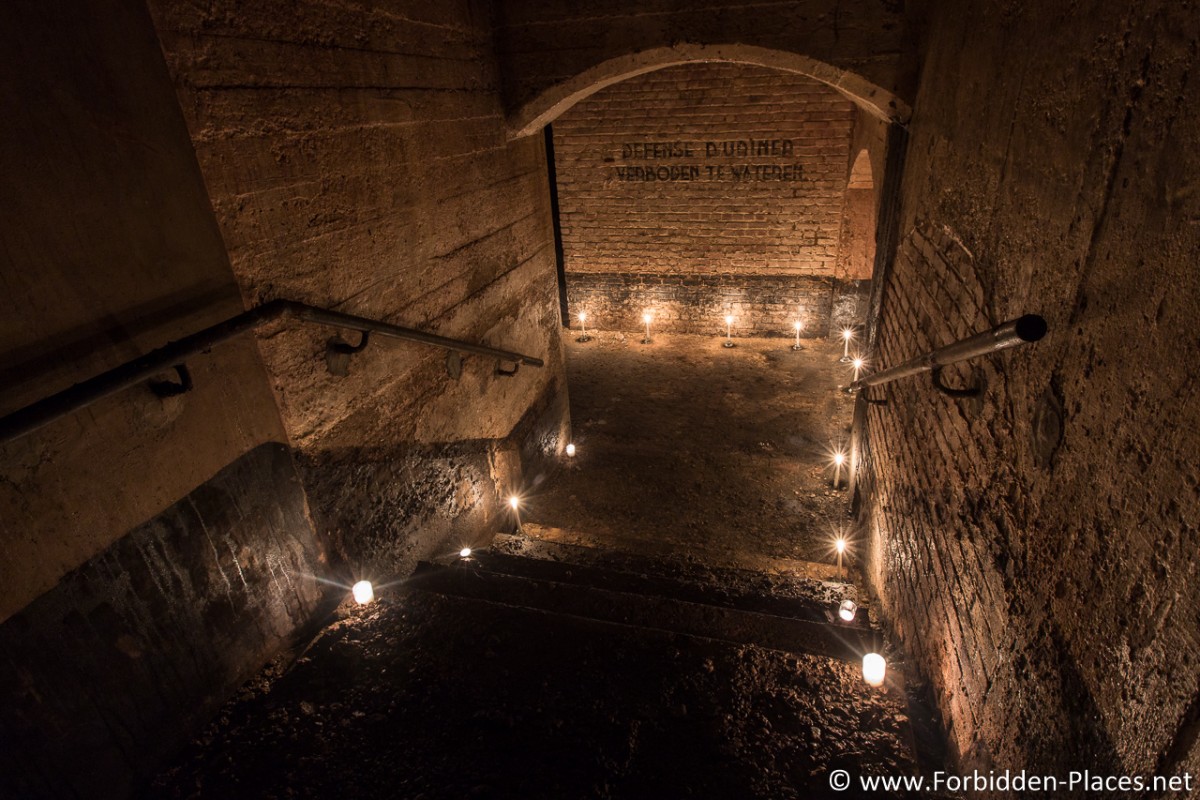 The deputy burgomaster for public work, Els Ampe, might believe this shelter has no patrimonial value, but Sylvain Margaine believes the exact opposite. As a fan of forgoten stories, this place is of high interest. He told us what he saw down there: "It was an anti-aircraft shelter for the people of Brussels. Everything down there is written in French and Flemish. It's about 40 or 50 meters long. The walls are very strong and benches are installed all along them. They are in a very good state and there is no rot on them. At both ends of this long area are toilets for men and for women. They are splendid, almost in Art Deco style. Even the electrical circuit is perfectly preserved." 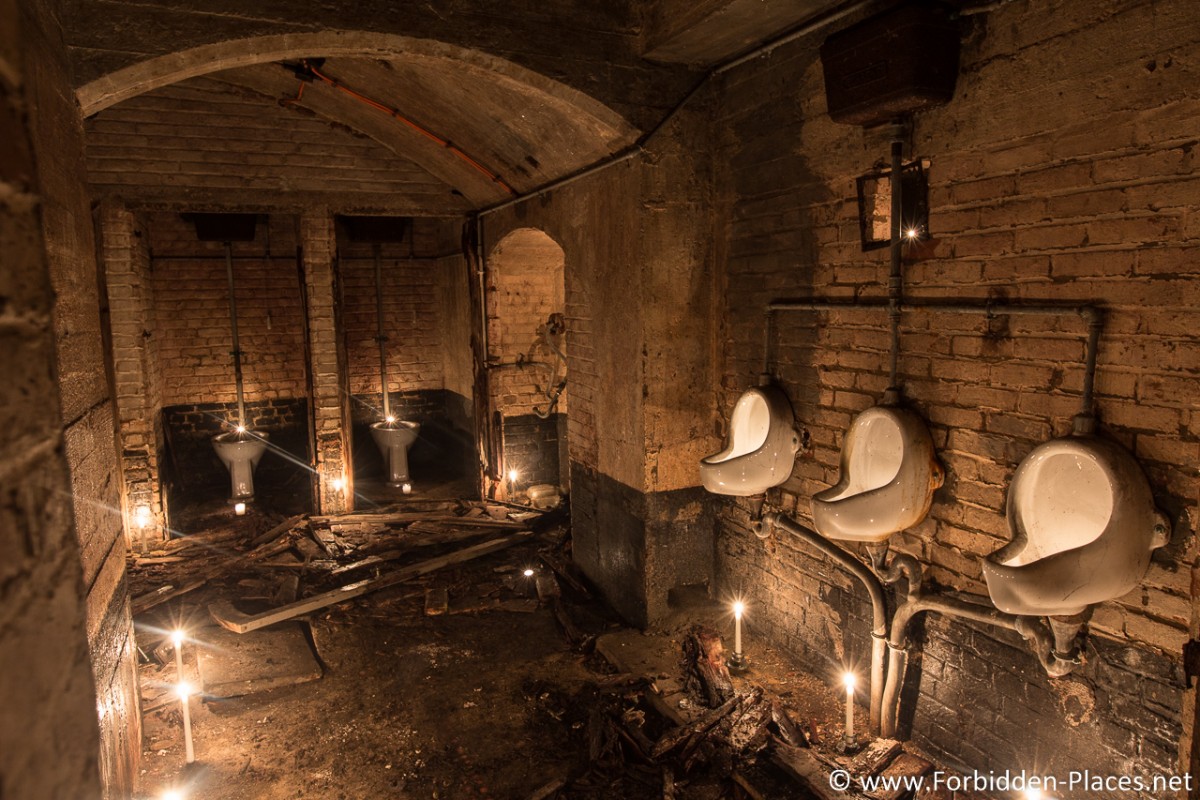 Today, the defenders of the Place du Jeu de Balle demand for this place to be rankes as part of the Brussels heritage.