Kilometers and kilometers of training is getting a little old… you need to switch it up a bit!

Just for fun or to see your improvement, it’s past time to pin on that race number. Here are some must-do running races in Brussels!

According to popular belief, a Brussels jogger is not really a jogger until he has passed under the arcs of the Cinquantenaire at the end of the traditional 20 km race the last Sunday in May. Registration starts mid-March. In the weeks after, you will see tons of joggers in the parks, and on race day there are 30,000 people pounding the pavement of the big boulevards.

Just like Paris, New York, Berlin and London, Brussels is part of the exclusive circle of marathon capitals. With a relatively small number of participants (3,000), this race is able to finish at the most beautiful city square in the world! Factors for the Brussels Marathon: a difficult course, unpredictable weather and some tricky cobblestones… Easier races also take place like the semi-marathon, which follows basically the same course as the 20 km – a good chance to get your confidence up.

If 42.195 kilometers just isn’t enough, you can always go for the 80 kilometers of the Ecotrail.

The solitude of running alone is depressing you? Team sports are more your thing? Don’t give up on running just yet. Here are two races that you would like: The first is in the middle of winter, the Givrés Relays (Relais Givrés). Five runners, of which one must be a woman and one a veteran, each run 8 kilometers before busting out the last 4 kilometer loop all together. Come out in early January to the woody scene at the Val des Bois des Béguines in Neder-Over-Hembeek.

At the end of the year, the Roi Baudouin Stadium is alive with the Brussel Ekiden. Eki what? The ekiden is a race with Japonese roots consisting of 6 runners who each run a part of a marathon. Each person runs between 5 and 10 kilometers. Running like this in Brussels is often a team building exercise for businesses, but the races are open to anyone.

At the turn of the century and with the new millennium, a new trend started up: runs organized uniquely for women. One of these, called the Bruxelloise, starts at the Ixelles ponds in mid-September. All proceeds are given to cancer research. Men are allowed, as long as they make an effort to put a feminine touch in their outfit…

Another trending concept: unconventional races. The crazy Color Run has arrived in Brussels. No rankings, no mass race start, but instead a color splattering extravaganza for 5 kilometers.

Why would you run in parks or on the roadside when there is a race in one of the longest stairwells in the capital? During the Sheraton Brussels Stairclimbing, you can climb 30 flights to arrive as fast as possible at the magnificent panoramic pool on the top floor. The day after your indulgences on December 25th, there is the Manneken Pis Corrida which winds through the downtown city streets and by the Christmas markets – truly a festive atmosphere.

Keep your calendars out! There are many runs organized every weekend in Brussels or just on the outskirts of the city.

In a nutshell, Brussels is Joggina great capital for running! Anything from a “survival” course like the Strongman to urban trails like in Bruges or Antwerp. No more excuses! 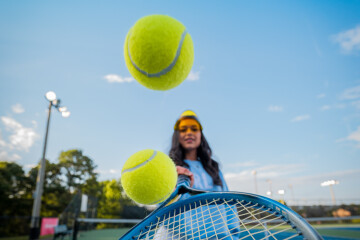 How to correctly choose your tennis equipment ?