News from the Brussels municipalities 20 avril 2018

Brussels has 19 municipalities and news every week ... discover the news about your town! Week from April 14th to 20th.

City of Brussels: The pedestrian is still talking about him! The downtown pedestrian will soon be expanded. Indeed, from Wednesday, April 25, the streets of the Manneken-Pis district and the Old Wheat Hall will also be pedestrian zones.

Ixelles: We were talking about it last week: a communal decree planned to ban the use of terraces after midnight. A small change has occurred since Monday, the mayor of Ixelles announced that the terraces may remain open until 01:00, not midnight.

Uccle: After a recent move to the new Chirec site, the Edith Cavell Medical Center will open in September, number 37, General Lotz Street, also in the Cavell district.

Woluwe-Saint-Pierre: After many years of negotiations, an urban file to build about 500 homes on a plot of 11 hectares would be emerging. These dwellings will be built on the site of Les Dames Blanches, while taking into account local residents and neighborhoods.

Woluwe Saint-Lambert: From May 2nd to June 30th, the inhabitants of the commune will be able to review their mode of travel. Indeed, during this period, it will be possible to test an electric bike for a week. All equipment needed to ride safely will also be loaned.

Evere: Postponed many times for budgetary and administrative reasons, the opening of a second crematorium in the capital would be planned within two years in Evere.

Also in Evere, this month, the town invites its inhabitants to participate in the operation "Evere en fleurs" and offers 5 plants to each participant.

Forest: The municipality wants to improve cleanliness in its streets. To do so, an envelope of € 15,000 will be allocated to allow residents to develop their own ideas and projects, with the aim of improving cleanliness within the municipality.

Jette: On April 18, UZ Brussel and more precisely, its space and the games room reserved for small patients with cancer, was awarded a check for more than € 7,000. At the origin of this check? Former members of the non-profit association Rockardinal, a Jettois music festival. 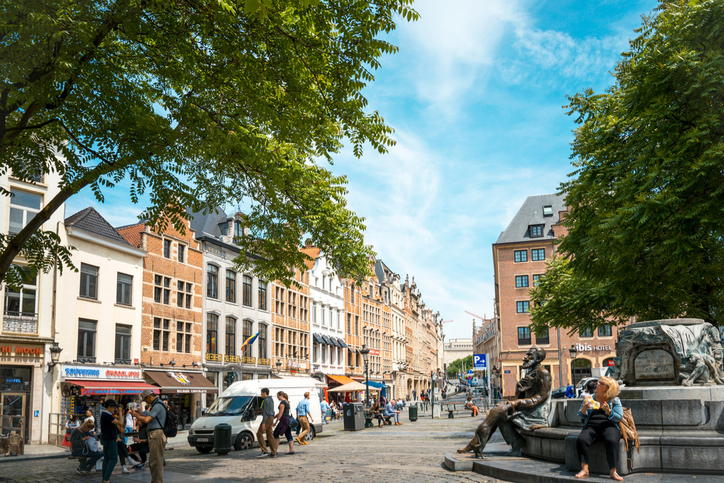