Blistering Barnacles! Tintin to be displayed on Mobib travel cards and to travel around Brussels by tram.

This summer will feature a two-stage collaboration between the Hergé Foundation, a.k.a. Moulinsart, the body that owns the rights to the Tintin stories, and STIB, the Brussels public transport authority. The first step will be a limited series of 100,000 Mobib cards, valid for ten journeys, which will feature images taken from Tintin comic albums.

There will be five different Tintin Mobib cards: Tintin is orange, Captain Haddock is blue, Bianca Castafiore is pink, Thomson and Thompson are red, and Professor Tournesol is green. These five cards will be combined in a collector’s edition case, which will exclusively be available to buy from the Tram Museum located on Avenue de Tervuren. The price for this collector’s edition: €69.90.

The second step will be a sky blue tram for everyone to see, decorated by an enlargement of Tintin featuring Tintin and taken from The Crab with the Golden Claws. The tram will mainly be seen on Lines 93 and 94, which pass along Rue Royale and in front of the Parc de Bruxelles.

Entrance to the Hergé Museum to be won

From 25 July 2016, a page on the STIB website will allow holders of the Tintin Mobib Card to get discounted admission to the Tram Museum and Hergé Museum. In August, a large-scale competition will allow competitors to win free entrance to the Hergé Museum.

To mark the occasion, STIB has published a brochure featuring the fresco that depicts Tintin characters at Stockel Station. Just request a copy via the STIB website. 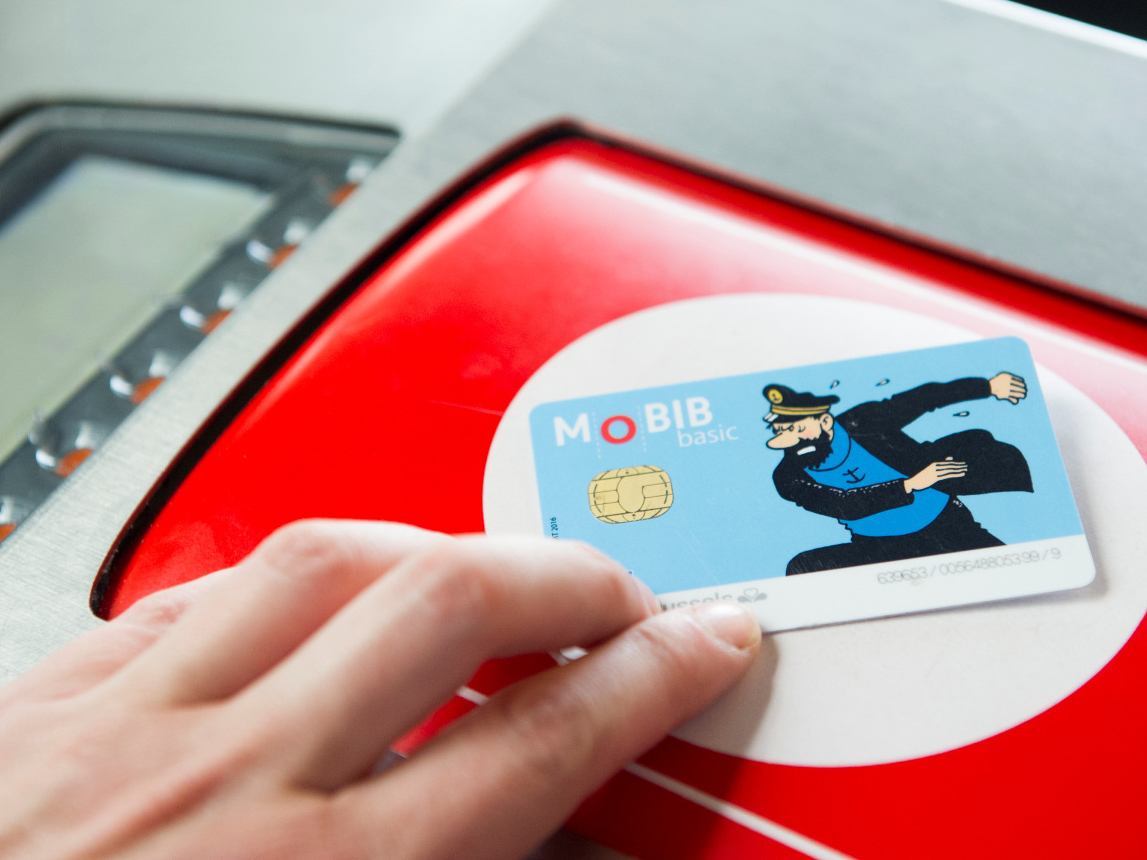