What you shouldn't have missed this summer

Written by Frédéric Solvel - 27 Aug 2014, 00:00 (Updated: 12 Jan 2022, 04:32)
As soon as the first showers started coming down on this less-than-perfect summer, you fled the banks of the canal for a beach paradise where the water is warm and clear. Now that you’re back in this flat land, you may have noticed not too much has changed, and the sky is still gray...

The 2014 summer weather in Brussels was pretty lousy but many things happened. We will get you up to date. July and August were full of football, food and flowers, as well as history and breathtaking heights! Let us explain.

Something’s a little off in Brussels

The World Cup started off great with eruptions of joy every time the Devils won. The national team’s return from Brazil was underwhelming and kind of ended it all on a bad note. The team spent a couple of minutes on a podium, not quite worthy of the occasion.

The RWDW (FC Brussels) was dissolved, so football in Brussels is taking new shape. The next season was going to see the rival game against the Union-Saint-Gilles, but that won’t be happening...

In the beginning of August, the arrival of Steven Defour under Anderlecht colors is not pleasing everyone. And some fans aren’t hiding it.

A new comer in Brussels, Just Brusseleir is modestly inspired by Humans of New York and captures the portraits of people in Brussels. More than 50 pictures and captions are already ready to be discovered on http://just-brusseleir.brusselslife.be. 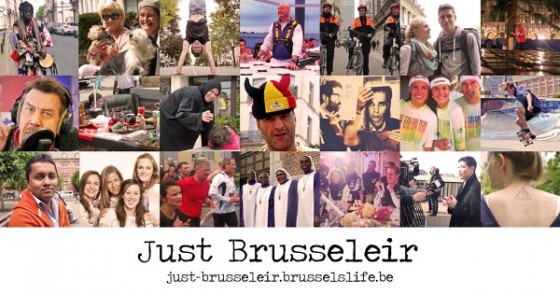 After Meyboom, Ommegang could very well be the next folkloric tradition to join the list of oral and immaterial heritage of UNESCO. The application is being completed before the official candidacy.

Brussels is afraid of heights, Cedric Dumont is not

In the early evening of Thursday, July 31, Cedric Dumont threw himself off of the Tour UP-Site for a short free fall before opening his parachute and softly touching ground in a parking lot on the edge of the canal. 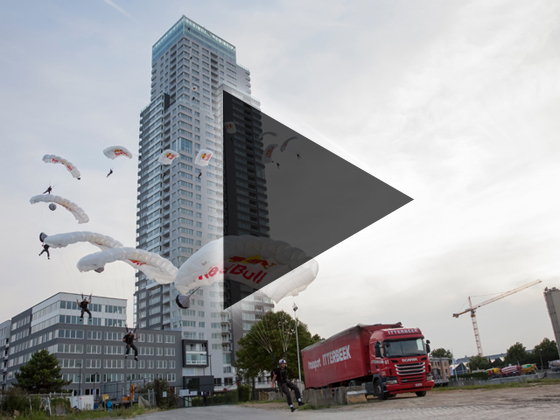 A lot went on this summer in terms of news: the imbroglios of the closing of the Challenger at the Midi Fair, the legislative decision concerning two routes of the Wathelet plan, the future of the Reyers viaduct, and the affair with the professor asked to hide his homosexuality from his students.

As is every even numbered year, the cobblestones on the Grand Place were covered up the weekend of August 15 to make room for the Flower Carpet. This year, the kilim inspired theme celebrated the 50 year anniversary of the Turkish-Moroccan immigration. 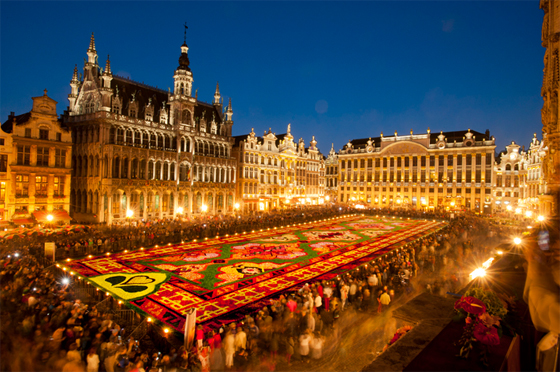 Brussels could not escape the rain or the Ice Bucket Challenge. We saw, among others, the hosts of TV Brussel and Télé Bruxelles take on the challenge as well as Anthony Vanden Borre get a good laugh at Eddy Merckx.

There’s a good chance Hemult Fritz is quite énervé! Ladurée is coming to the Sablon. People are going to line up for their macaroons- even Fritz admitted it himself, it seems they’re good! This temple of macaroons will open up in a kingdom of chocolatiers in the next coming weeks. 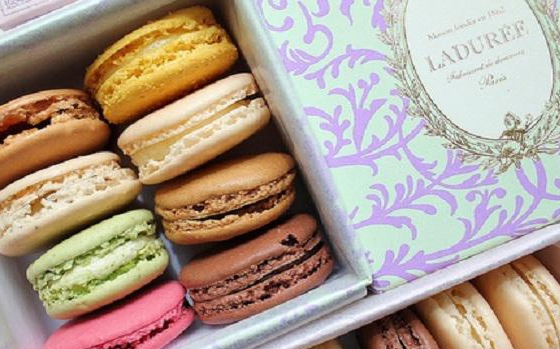 And still in the Sablon, the Jewish Museum announced its reopening on September 14. This will be a rich and emotionally charged come back.