Written by Victor Lepoutre - 15 May 2017, 00:00 (Updated: 12 Jan 2022, 04:49)
For just over a month, Brussels Beer Box has been offering a box of 24 beers, originating from six Brussels breweries, with free delivery throughout Brussels. It's a great way of discovering new names without overdoing it.

We're one of the many (proud) fans of Brussels beer, especially when it comes to micro-breweries. However, even if we can find beers from the Brasserie de la Senne or the Brussels Beer Project quite easily in the supermarkets, there are quite a few other Brussels beers that are more difficult to find and require a visit to the cellar, which can be a little more expensive.

But Florian, a young inhabitant of Brussels who's passionate about beer, might just have found a solution... With Brussels Beer Box, a concept which was launched last March, Brussels residents can receive a box of 24 beers originating from six local breweries at work, at home or at a party. They can get this for the modest price of €50 for cardboard packaging, or you can opt for delivery in a tub for just €6 more.

A partnership with 6 breweries, and more if affiliated

Among the 24 beers we acknowledge the different labels of the beers from the Brussels Beer Project. Zinnebir and Jambe de Bois from Brasserie de la Senne will also feature, but the rest of the collection won't be as well known. There's lots to sample - beer from the Beerstorming brewery, for example, are brewed by the customers themselves, the No Science brewery (launched by a former Moeder Lambic brewer), the Illegaal brewery (a brewery that aims to finance artistic projects) and the L'Ermitage brewery. As seen over the last two years, the selection of local Brussels beers is evolving quickly. Florian plans to develop this concept along with the eco-innovation of brewing projects in Brussels, and from meetings with various brewers in the city. 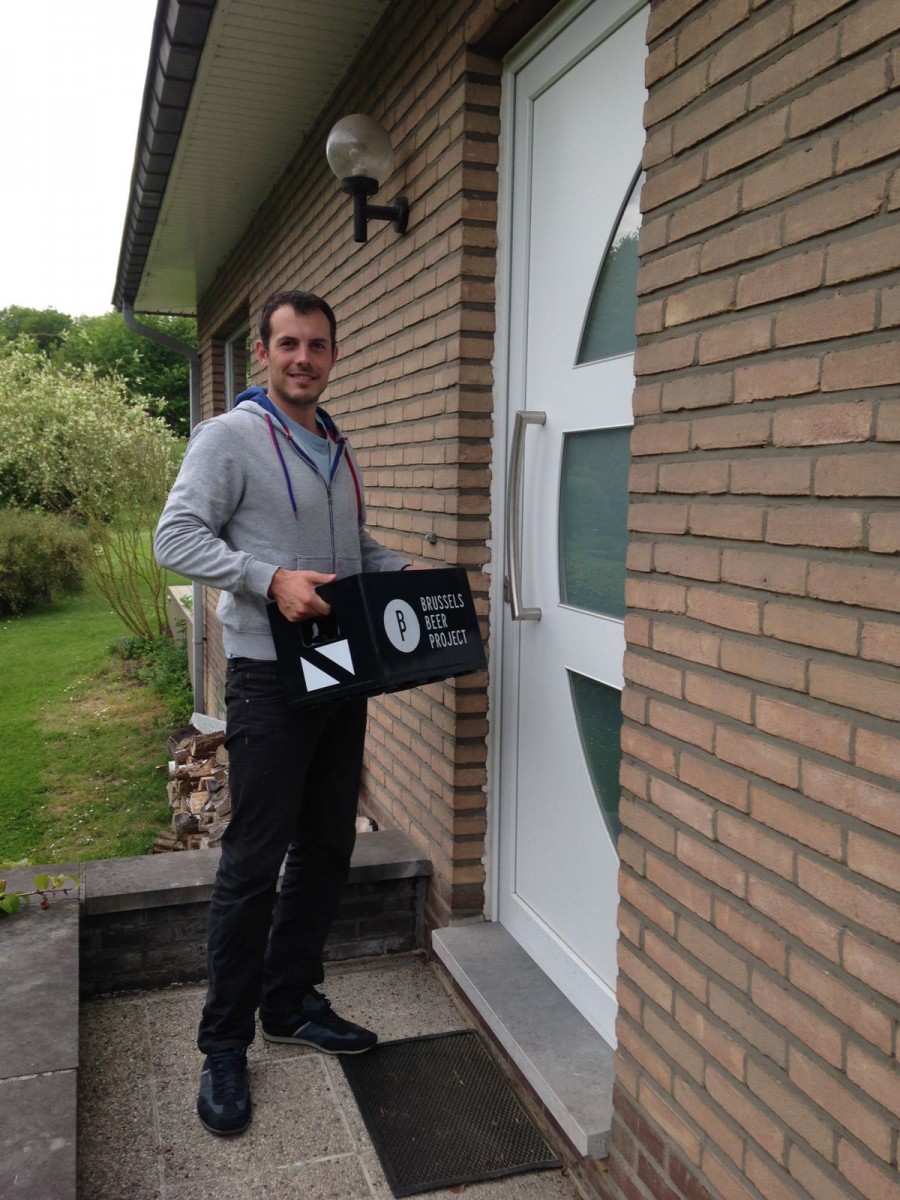 Let Brussels Beer Box make your life easier - it'll save you a trip, as much for buying your beer as for taking out your empties (they're taken away with your next order). Delivery is free and Florian puts accessibility at the heart of the project. With a margin of 50 cents per bottle, he aims to offer quality beers at a fair price, and less than in cellars and classic supermarkets. Getting a delivery of a Brussels Beer Box is also environmentally friendly, since it's packaged directly from the brewers.. The beer doesn't go for pointless journeys in the back of delivery lorries - it will be delivered you to outside peak times, in the evening and from a shared car to reduce the environmental impact as much as possible.

At the moment, Brussels Beer Box is delivered twice a week - Wednesday nights and Sunday nights - you can order on this website www.brusselsbeerbox.com.