Deep seated in Belgian culture, beer has been frothing away in Brussels for a long time. This weekend, why not go for a drink in one of Brussel's many micro-breweries? Let's tell you about the best known in the capital.

It is perhaps one of the best-known micro-breweries in Brussels for the simple reason that it asks for help from the public to improve its brewing recipes. There are now no less than 5 beers with very distinctive flavours that you can try out at the Brussels Beer Project , located in the Dansaert district. The brewery is open on Saturdays from 2 pm to 10 pm. Otherwise Red My Lips, Delta IPA, Dark Sister, Grosse Bertha and Babylon are available in a large number of Brussels' bars and supermarkets.

The brewery is open on Thursdays, Fridays and Saturdays from 2 pm to 10 pm.
You can also discover their new creations.
Rue Antoine Dansaert, 188 — 1000 Bruxelles

Open from Tuesday to Saturday from 11 am to 6 pm.
Fancy a tour? Saturdays and Mondays on request.
Rue du Miroir 1 — 1000 Bruxelles

A brewery which is a museum, the Musée Bruxellois de la Gueuze, where you can sample around 10 different beers during the one hour tour.

The museum is open from 10 am to 5 pm on Mondays, Thursdays, Fridays and Saturdays
Rue Gheude 56 — 1070 Bruxelles (Anderlecht)

No Science, with electrifying music

Their beers are named Noisy, Heavy, Psycho ... and their aromas are a mix of bitter, fruity, woodland floral and coffee flavours. No Science is a young micro-brewery based in Laeken in the GreenBizz.brussels premises, an area dedicated to sustainable economies. They also commemorated their first brew by capturing it on video.

Brewed at the Brasserie Belgoo in Sint-Pieters-Leeuw, on the edge of the capital, Dikkenek will quench your thirst with a refreshing taste of mandarin. Perfect to give you a taste of spring when sunny days are slow to show their faces.

Brasserie de la Senne, the best known of all

Tours of the Brasserie de la Senne are available to groups with a minimum of 15 people on weekdays from 9 am to 3 pm. However, you can find their beers, (la Brusseleir, la Jambe-de-bois, La stouterik, la Zinnebir, la Taras Boulba) in every good bar in Brussels.

And we finish smoothly with two beers from the Abbaye de la Cambre , their triple and blond beers which are among some of the lightest of Belgain abbey beers.

The l'ermitage brewery is a project which began in 2013 in a rented premises in rue de l'Ermitage in Ixelle. Yes, that's right! In 2016, they relocated near to the Gare du Midi. Their beer is called Lanterne. A dry and light IPA beer, both bitter and refreshing with subtle aromas.

Fancy brewing your very own beer? Then Beerstorming is just for you!

Having already talked about this in our article Do-it-your-Biere, Beerstorming  invites you to use your imagination and brew your own beer, taking part in all the brewing stages, to understand how different ingredients such as malt, hops, yeast and water influence the brewing process. Plus you'll enjoy sharing a beer in a really friendly atmosphere.

Find out more from the video 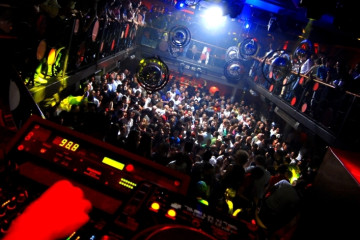 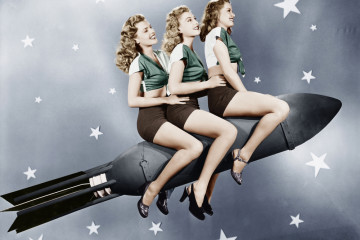 Dancing to the furious rhythms of swing, dressing up with your polka dot dress and derbies...